After a weekend of action held at the Jean Brown Indoor Arena, Bury were crowned winners of the U16 National Clubs Finals, in Partnership with British Army.

The weekend saw 18 clubs come together to compete in a total of 63 matches across two days and also marks the return of the U16 National Club Finals since the beginning of the Covid-19 pandemic.

Bury began their weekend with a matchup against Grangetown in which they secured a 21-30 win.

Later that day, they went on to face Poole in a fixture that saw them achieve another victory, leading by 25 goals at the end of the fourth quarter (11-34).

Upon the completion of the first stage of the competition, all teams were then regrouped according to where they finished in their groups.

After placing first in the initial stage, Bury joined Group X for the second part of the competition, where they faced Charnwood Rutland.

After a display of skill and athleticism from both sides, Bury were able to stretch the score line, ending the fourth quarter 38-14 .

Bury’s last fixture of the day was a matchup against Telstars, after four quarters of action Bury, had asserted themselves a 43-12 lead at the close of the match.

Sunday saw teams regrouped for the final time, again according to where they placed in the previous round.

After leading their group, Bury entered Group Two to begin the third stage of the competition, they started the day with a match against Oldham.

After winning this fixture 21-27, they then went on to face Stratford Thunderbirds and after a fast paced four quarters they led by 14 goals 30-16.

The result of this fixture secured their place in the final where they went up against previously unbeaten side Eagles.

Both teams displayed their skill and determination throughout the match  but at the end of a fast paced four quarters Bury had pushed out a 17 goal lead, ending the match 33-16, which saw them crowned the winners. 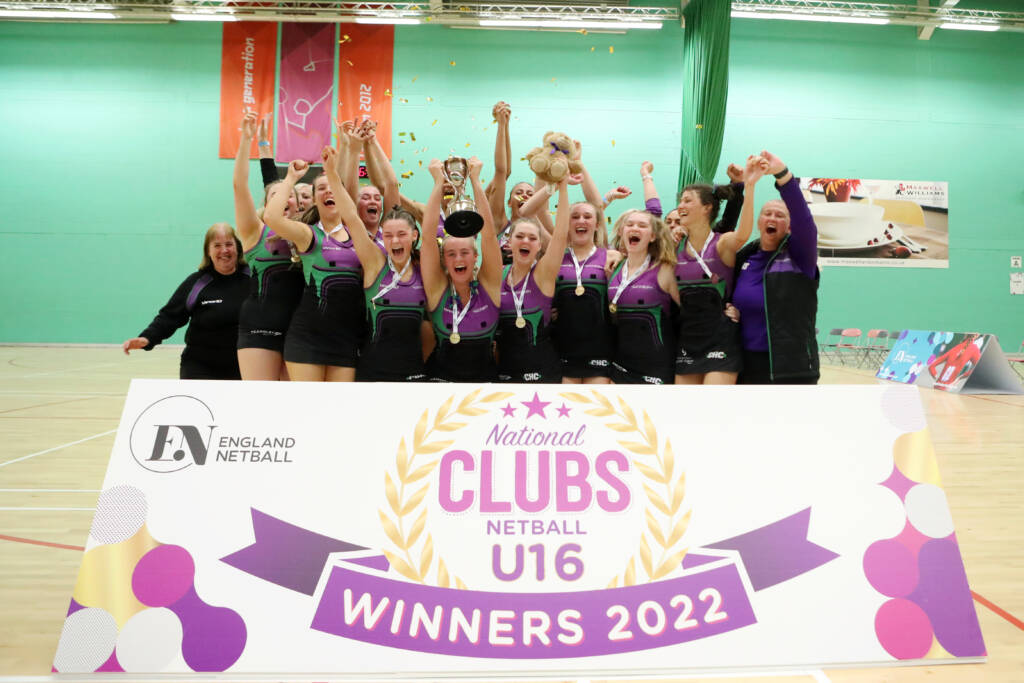 Second placed side Eagles showed a lot of skill and teamwork throughout the weekend, they won all their previous matches, navigating some tough opposition to make it to the final.

Placing third in the competition was Turnford, they displayed talent throughout the weekend and played positively, moving the ball around well. It wasn’t until the third stage of the competition that they were narrowly defeated after a nail-biting fixture against Eagles which finished 22-27.

To earn the bronze medal, they went goal-for-goal with worthy opponents Stratford Thunderbirds. Thunderbirds displayed exquisite pace and positioning throughout the fixture but Turnford were able to stretch the score line in their favour after netting a flurry of goals in quick succession, ending the match 25-19.

Here’s how all the teams placed following the weekends action:

All fixtures and results from this weekend can be viewed here.

England Netball would like to take this opportunity to thank all clubs, players, parents, staff and volunteers for a fantastic weekend of action.