Please note, the below information is temporarily archived following the Government announcement of a second lockdown on 31 October. We will keep this guidance live so that the Netball Family can continue to refer to it as we prepare to return netball after emerging from this lockdown period in early December. For more information, please click here. We will continue to support you throughout these uncertain times and thank you all for continued work in ensuring that netball will come back stronger.

Unlocking Stages 4a and 4b is an exciting milestone for the return of netball post lockdown, as modified netball training and competition can now take place. With regular breaks for hand and ball sanitisation, activity can take place in groups of up to 30 per court (additional restrictions must be adhered to in indoor venues for those 18 and over) and outdoor venues are strongly recommended. Activity is only permitted if rules modifications are adhered to and risk mitigations are in place.

Understanding the risk of netball

For an overview of the risk of netball, check out our video here:

England Netball submitted a detailed plan to Government, which included analysis of the risk of netball, medical guidance, rules modifications and risk mitigation protocols to lower the risk of transmission and allow the sport to achieve an accelerated return.

Whilst choosing to take part in netball doesn’t come without risk, in line with the Government’s guidance for the return to recreational team sport, a number of changes have been made to reduce the risk of transmission. 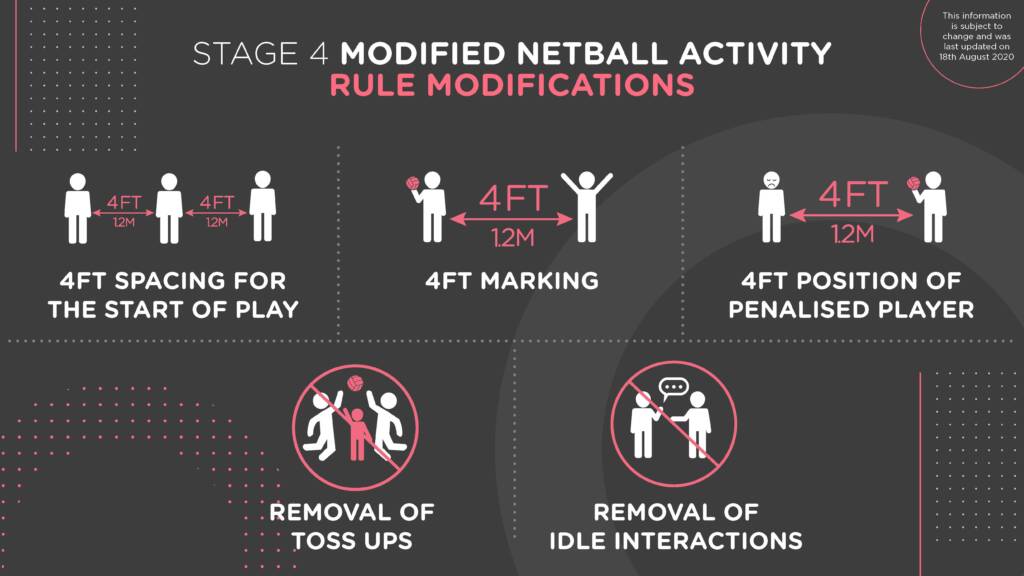 For an overview of the rule modifications, check out our Introduction to Stage 4 Netball video here: 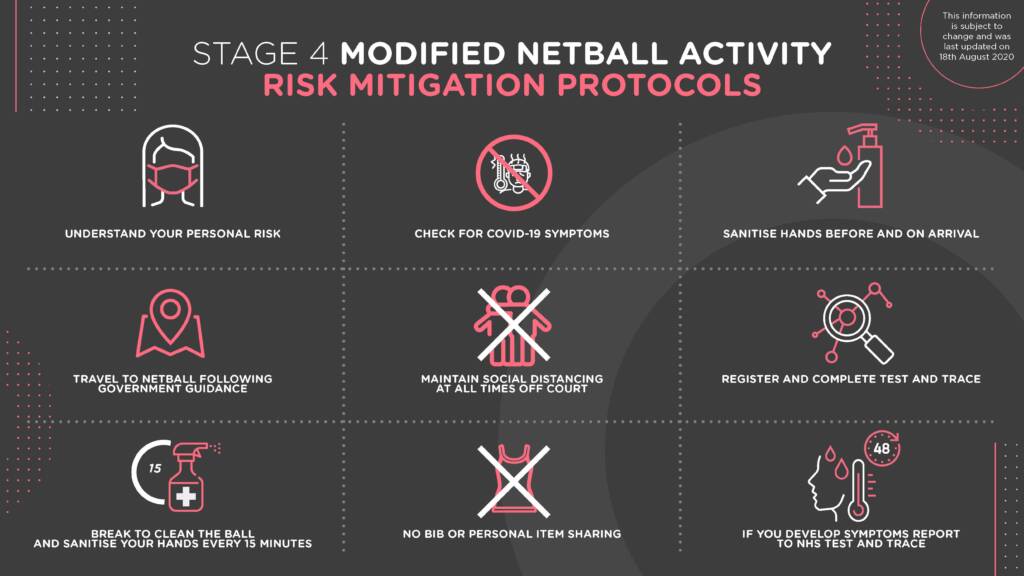 Further information on what this means for players, netball organisations and COVID-19 Officers, coaches and officials is available below. For those members involved in programmes, including Walking Netball and NETS, which due to the nature of the rules will have more restrictions, please click here for more information.

With Test and Trace measures in place, the Government will be monitoring our progress. If transmission through netball increases, our sport may be forced to return to earlier stages of the return to community netball roadmap. It is imperative that the guidance is understood and followed. We are all in this together and now is our time to Rise Again. 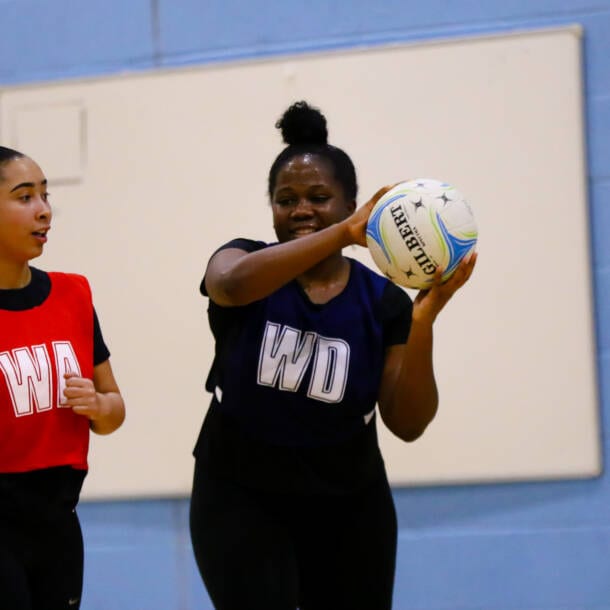 All players are responsible for familiarising themselves with the game modifications, maintaining social distancing off court and complying with the enhanced risk mitigation protocols. Find out more here. 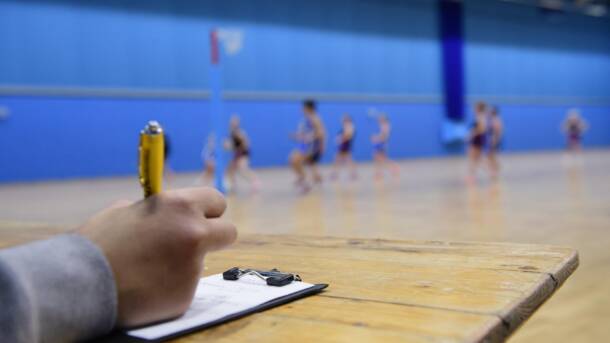 Every netball organisation in the country has a role to play in the safe return of netball. Find out what you should do here. 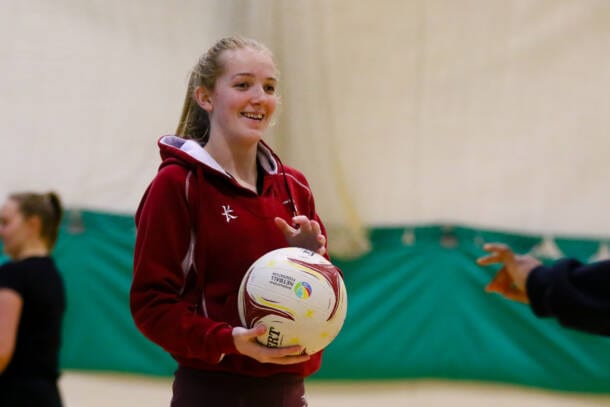 All Coaches and Hosts are responsible for planning sessions in line with the guidance and supporting players to ensure continued adherence. Click here to find out more. 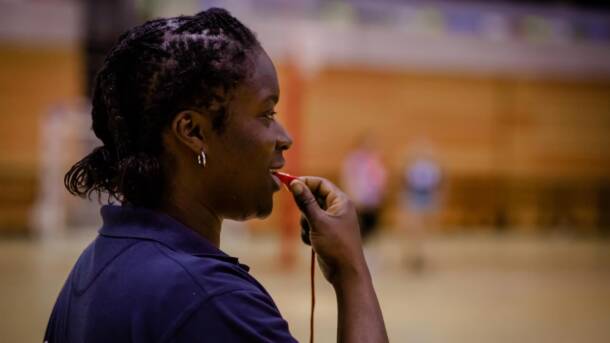 Officials will play a crucial role in ensuring adherence to guidance in competition. Click here for further support. 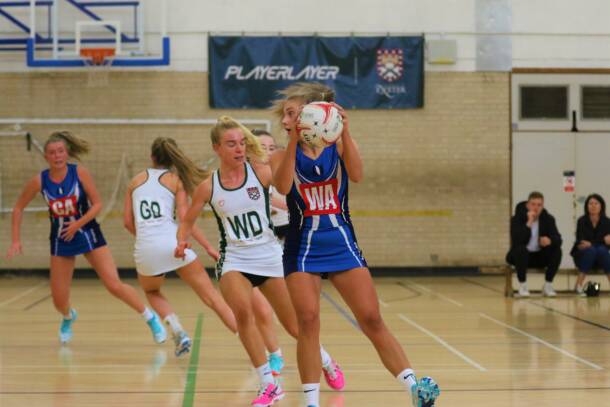 To support league and competition organisers during this time we've created a few tips that you can consider to help keep netball leagues and competitions progressing. 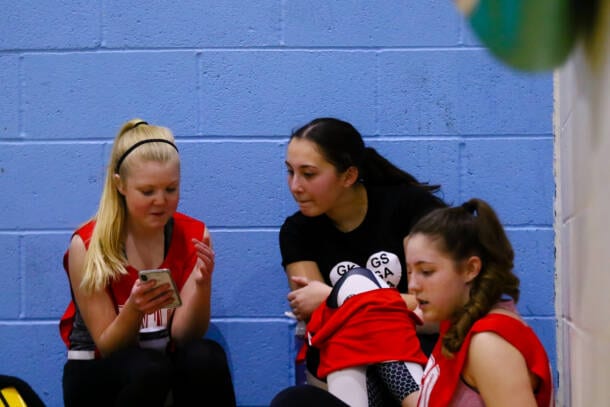