We caught up with mum and daughter, Clare and Charlotte Simpson, to talk about Pride, representation, education and their love of netball!

During this year’s Pride Month, we’re celebrating members of the LGBT+ community and Active Allies within the Netball Family as part of our Dedicated to Difference pledge.

We’re also excited to take part in the Pride in London parade on Saturday 2 July, bringing together individuals from across the netball community.

For Solihull-based sixth form student Charlotte, netball is her absolute passion. “It’s the one thing that just makes me happiest,” she said. “I absolutely adore it!”

Club and sixth form first team player Charlotte is embarking on her Level One coaching and Into Officiating course this summer, supported by self-professed Netball Mum, Clare, who relishes her role as fixture taxi driver, sideline superfan and provider of nail clippers.

Both feel that their involvement in netball also provides an optimum mum and daughter bonding opportunity for them to share and connect. “It’s a good time for me and Charlotte as well, for us to hang out,” said Clare “so it’s really nice!”. 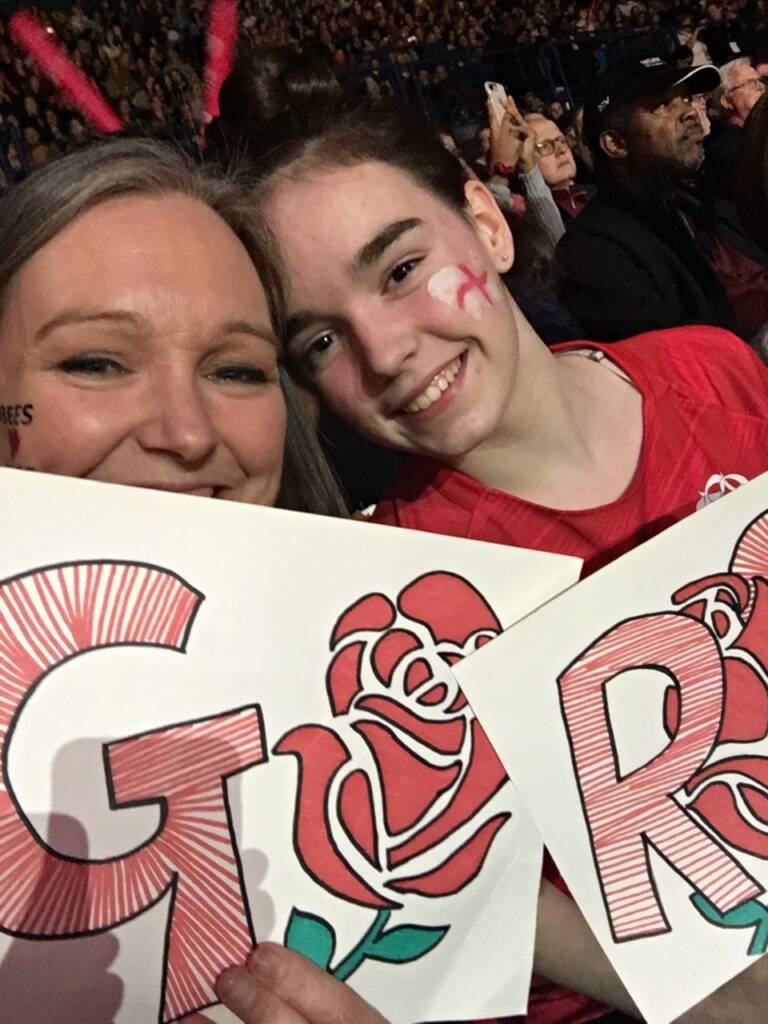 For both, England Netball’s involvement in the Pride in London parade is important to them for a number of reasons.

As a young woman in sport, Charlotte feels the representation the parade offers is incredibly important, as well as placing emphasis on netball being a safe and welcoming space.

“For me, representation is just everything,” she said. “With netball, you see players at international level who are openly LGBT+, it makes my heart happy!”

“When I saw England Netball were doing the Pride parade, my heart just danced!

“Because you grow up and you don’t really hear much about LGBT+ people and this can make you feel like a bit of an outsider.

“But when the sport you love gets involved in such a big way, it’s so important to make everyone feel welcome in the sport – it’s everything!”

Mum Clare agrees that representation, especially for young people in the netball community, is crucial. She places emphasis on the importance of netball in establishing a community and building a safe space for her daughter to enjoy.

She said: “I think because it’s [netball is] so important to Charlotte, and because it feels good that there’s somewhere safe for her that is inclusive.

“I’m just happy that what she loves includes her and makes her feel safe.”

For this pair, education is central to being an active ally to the LGBT+ community.

Charlotte encourages members of the Netball Family to “make sure that you’re educated the best you possibly can be and support the people around you. If you hear somebody say something, make sure you educate them too.”

For Clare, being an active ally is about “standing up and being counted and standing side by side.”

England Netball is dedicated to difference, committed to being an active ally and encourage everyone within the Netball Family to do the same.