England Netball is committed to increasing participation amongst females and want to work with colleges striving to achieve the same outcome. Our offer is a menu of College Programmes designed to enable colleges to pick and choose the programme(s) which best suits their student’s. By offering a choice of programmes, students with different needs, motivations and commitment levels can be engaged in the type of netball that they wish to participate in.

The programmes available are: 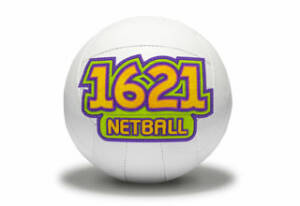 What is social netball?

Social netball is a programme of activity that provides students with a gentle re-fresher or introduction to the sport. Sessions are led by a Level 2 Coach and cover basic skills like passing, footwork, and court play, in a safe environment that is set up to nurture social interaction.

Who is social netball for?

Social netball is for those students who want to re-fresh their skills or try netball for the first time. They may have played at school but not have the confidence or want to try out for the college or sixth form team or have never played before and want to learn basic skills and the rules of the game. Sessions provide a combination of coaching and fun match play that is driven by the needs of the participant which ensures everyone has fun and enjoys the sessions.

What is Netball Now?

Netball Now sessions are not coached and don’t involve competition that is governed by rules or regulations and scores are not recorded. It is simply a session to turn up at and play a game of netball – simple as that!

There is no commitment required as teams are formed based on who comes to each session so students can choose to attend when it suits them!

Who is Netball Now for?

Netball Now is for students that do not want to be coached, but still want to play the game. They don’t want to be under any pressure to commit and be part of a team but just want to turn up when they can, enjoy the game and keep fit.

What is an I Heart Netball club?

An I Heart Netball club is for those colleges or sixth forms who already have a team and have more students wanting to play than they can accommodate. The club is run in addition to the team and provides the opportunity to take part in coaching sessions and the chance to play matches where possible.  The club should provide a social environment where players can attend when they are able to.

Who is the I Heart Netball Club for?

An I Heart Netball Club is aimed at those students who enjoy netball and want to be able to play at college or sixth form, but don’t get on with or chose not to join the team so don’t get to participate in those coaching sessions or matches. It’s for those students who want to access coaching, match play and improve their skills.

What is Intra-college netball?

Intra-college netball is a way to run netball leagues for students within your college. Templates and promotional posters are available and will provide you with the tools to run your own league. Intra-college leagues are designed to be social and fun where students can play with their friends and encourage more female students to participate.

Who is Intra-college netball for?

The leagues are aimed at those students who want to commit to playing for a team for a defined period of time e.g. a certain number of weeks within a term. Match scores are recorded and at the end of the league there is a winner.