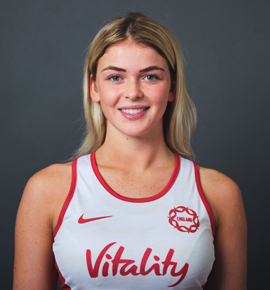 Ella Standring began playing netball thanks to her older sisters and has gone onto represent her country at youth level over the last few years. Starting at U17 level, has won a Netball Europe Championship in 2017 and was selected for a tour of Australia before having to withdraw,