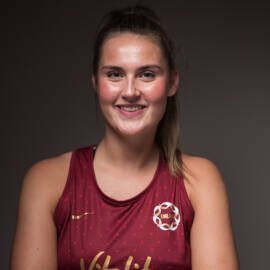 Emilia Roscoe has had a whirlwind couple of seasons for her country and has enhanced her reputation on the international scene in the process. In a hectic couple of weeks, Roscoe was chosen to represent England at Netball Europe Open and the Netball Europe U21 Championships.

Roscoe starred in both competitions as her side went onto win silverware at senior and U21 level. The youngster got considerable minutes at her first senior competition before starting every game in the ensuing tournament in Worcester.

Roscoe was selected for the U21 long squad for the World Youth Cup after impressing throughout the season and at her trial. The Manchester Thunder player, who started playing netball at the age of eight, hopes to follow in the footsteps of Natalie Haythornthwaite who went to the same school as Roscoe.