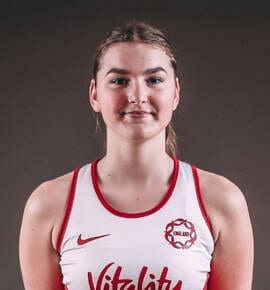 Eva Chater is currently a member of Saracens Mavericks’ U19 squad despite playing for their U15 Development Squad in the England Netball Development Tournament in 2019.

The former Wasps Netball defender has competed at NPL Tournaments and Schools Games in the past.

Chater represents Premier League 1 club Weston Park Blades and has been a runner up in the Netball South Regional U13 League Division 1.

England U17 make it two from two on opening day