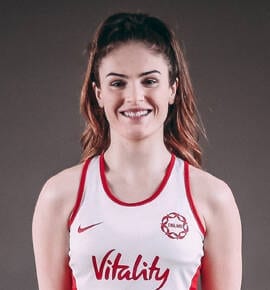 Mills certainly has a lot of admirers in both set-ups, as well as at Premier League club Tameside, and recently made her U21 Netball Europe debut in 2019 as a result.

The teenager helped contribute to the victory in Worcestershire less than a month after the news that she would be selected for the Roses Academy for the first time.

Mills has been on the scene for a white and made her Premier League debut for Tameside whilst also playing for their U16s.

England make it two for two at U21 Netball Europe