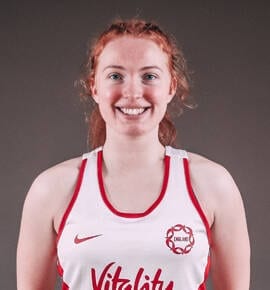 Harriet Sanderson is already making a name for herself in the defence end of the court and was subsequently selected for the Roses Academy squad for the first time in 2019.

Sanderson has been playing for Severn Stars’ U19 squad for a number of seasons and was again announced as part of the side for the 2019/20 campaign.

The defender has represented Stars at the NPL Tournament in the past and has achieved Premier League minutes for Hucclecote Netball Club.