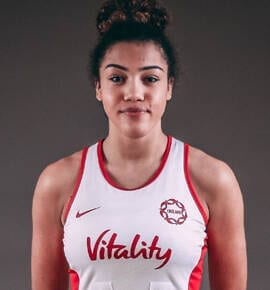 The defender plays her netball for Vitality Netball Superleague franchise Saracens Mavericks’ U19 team and has been since November 2016.

James has also been known to coach younger players with Mavericks in the past.