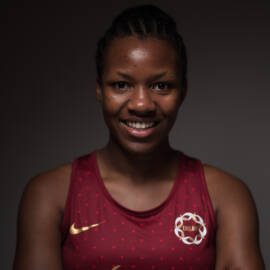 Kaedin Gumbs is currently developing her netball at Manchester Thunder and Trafford Netball Club. Gumbs is in the NPL ranks at Thunder and been part of the Roses Academy since 2020.

Kaedin was part of the U21 Europe Netball squad In November 2021 that won gold in style where she consistently gain possession for her team.