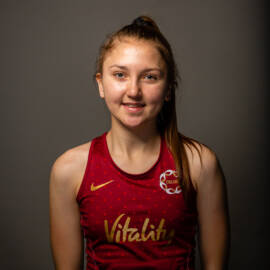 Lily Smith is currently developing her netball at Wasps Netball and Parkside Netball Club and Linden Netball Club where she has recently debuted in National Premier 1 division.

Smith is in the U19 NPL squad at Wasps and was part of the U15 School Games squad who finished 3rd in the 2021 campaign. She has been part of the Roses Academy since 2021.