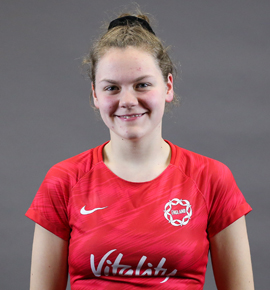 Megan Thorne has enjoyed a prosperous two years as part of the Roses Academy set-up.

The teenager recently was selected as part of Karen Greig's winning U21 Netball Europe squad in September 2o19. Thorne, a shooter by trade, came off the bench to feature in all three matches.

She now plays for Wasps Netball and has featured for TFC Netball Club in the Premier League.