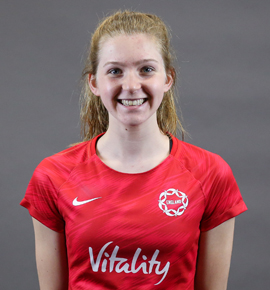 Rosie Bartlett has been making great strides for her country and her club over the course of her short netball career.

The youngster has already collected silverware for England - in the form of U17 Netball Europe - and has been recognised at higher age groups after being selected as a reserve for the recent U19 tour to New Zealand and Australia.

Bartlett plays for Vitality Netball Superleague side Team Bath and represented them at the NPL Tournament in the summer of 2019.

England U19 squad selected for New Zealand and Australia tour