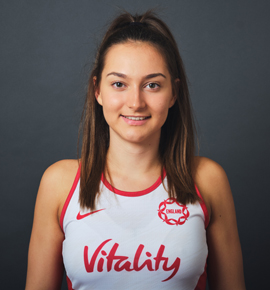 Ruth Hughes currently balances her education at the University of Birmingham with her netball and has been able to maintain a high level of performance on the court.

Hughes, a mid-courter by trade, had a productive 2019 for her country after being selected for an U19 tour of Australia and New Zealand before winning the Netball Europe U21 Championships in Worcester.

Hughes turns out for Wasps Netball’s U21 squad, her university side and Chester Netball Club.