Before each Premier League matchday of the 2019/20 season, England Netball will shine a light on one of the 30 clubs involved in the competition.

This week, we spoke to Oldham Netball Club of Premier League 1 as they aim to secure a fourth successive title…

Oldham Netball Club have been the dominant force in the Premier League. The Owls have won seven of the last eight possible titles and were once again crowned champions last season.

The league was won in impressive fashion as they finished 12 points clear of runners-up New Cambell, scored the most goals in any of the three divisions, and dropped points on just one occasion.

The Greater Manchester outfit looked almost unbeatable last term and will be difficult to stop as they aim to secure a fourth successive Premier League 1 title for the second time in their history.

To maximise their chances of success, Oldham have had a productive off-season. They recently started their pre-season campaign after taking two teams on a tour of Barbados and played a friendly against Premier League 2 side YWCA Bury.

“We’ve had a fairly short pre-season but we had a friendly last weekend which has hopefully helped us get rid of a few cobwebs. We’ve pretty much had six months off since the end of last season so we’re really keen to get going,” said senior coach Debbie Hallas.

The champions start their season at home to Leeds Athletic on Sunday and Hallas has been busy refreshing her squad in anticipation of their opening fixture at Oldham Leisure Centre.

Oldham currently have three senior sides and a number of youth teams. These young sides have won a number of honours this year, including the National Clubs U16 and U14 titles, and Hallas believes she has a good mixture of senior stars and young talent.

“We’ve got a fairly good balance [in our squad]. We do have a really low average age but we’ve got some experienced heads in there too. We’ve got the likes of Kerry Almond after she left Manchester Thunder and Kathryn Turner also,” she said.

“We’ve done well to retain a lot of our squad. We’ve got quite a few youngsters coming through so it will be great to see their progression which is part of what we do as a club to keep the success going.”

Senior coach Debbie Hallas is the longest-serving member at the club having joined as a junior in 1988. Since Hallas took charge of the team, which she balances with her role as Managing Director at Manchester Thunder, the club have embarked on an unprecedented era of success.

“One of the first influences on my netball career was my first coach at Oldham Netball Club; Mike Greenwood.” – Gabby Marshall, Vitality Rose.

Oldham have collected a plethora of titles at varying levels over the last eight years and have also helped to produce the likes of Jade Clarke, Helen Housby and Gabby Marshall to name a few.

“I think we can put the success down to the ethos of our club. We have set certain standards and we’ve always got that hunger to win,” she explained. “The key to all of that is the club pathway. While there is always some consistency in our squad, we freshen it up with new faces which is always a good way to keep that hunger there.

“We’ve just got a will to win. Whichever challenge we take on, we want to go out and do the best for our club.”

The likes of Kerry Almond, Maria McAndrew, Berri Neil and Alex Martin – Hallas’ four players to look out for this season – will step onto court this weekend hoping for the perfect start to their title defence, but Hallas knows they can’t afford to be complacent against a competitive Leeds Athletic side.

“It’s important for us to win every single game and to get the first points on the board. It will no doubt be a tough fixture as we always have a good game against Leeds Athletic. It’s always a tough game and we never take it lightly.

“We’re fairly similar to Leeds in that they have a young team. They always have young athletes coming through from Anna Carter and Maggie Birkinshaw, who do a great job in Yorkshire. It will be great to have a local derby to kick off the season.”

Eighteen rounds of netball stand in the way of Premier League glory for Oldham and the other nine sides in the top division. Winning four in a row is the aim for Hallas’ squad but they know that they will face competition from clubs with a similar ethos.

“Four titles in a row would mean a lot to us and it would give us the challenge of beating that four in a row and going for five,” she said.

“Clubs that have a similar structure to ours, such as Turnford or Leeds, will be the successful Premier League clubs this season. The clubs with a good junior structure are the ones that will continue to strive and challenge in this division. I think that’s very important.” 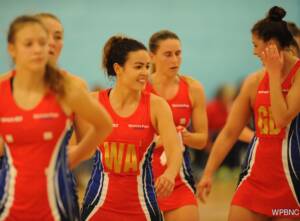 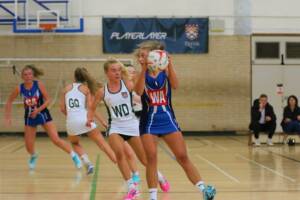