MELBOURNE, AUSTRALIA - JUNE 13: Geva Mentor of the Magpies and team mates react as Magpies lose the match yet still qualify for finals on percentage during the round 14 Super Netball match between Collingwood Magpies and Melbourne Vixens at John Cain Arena, on June 13, 2022, in Melbourne, Australia. (Photo by Kelly Defina/Getty Images)

With the VNSL season and the ANZ Premiership concluded, all eyes are now on the SSN with the final four teams confirmed following this weekend’s fixtures.

Entering this last regular round of the competition, NSW Swifts, Adelaide Thunderbirds and Queensland Firebirds all stood a chance to make it to the finals in what was the closest season to date, however, only one side was successful in securing the final spot in the the top four.

Here’s how the Vitality Roses got on… 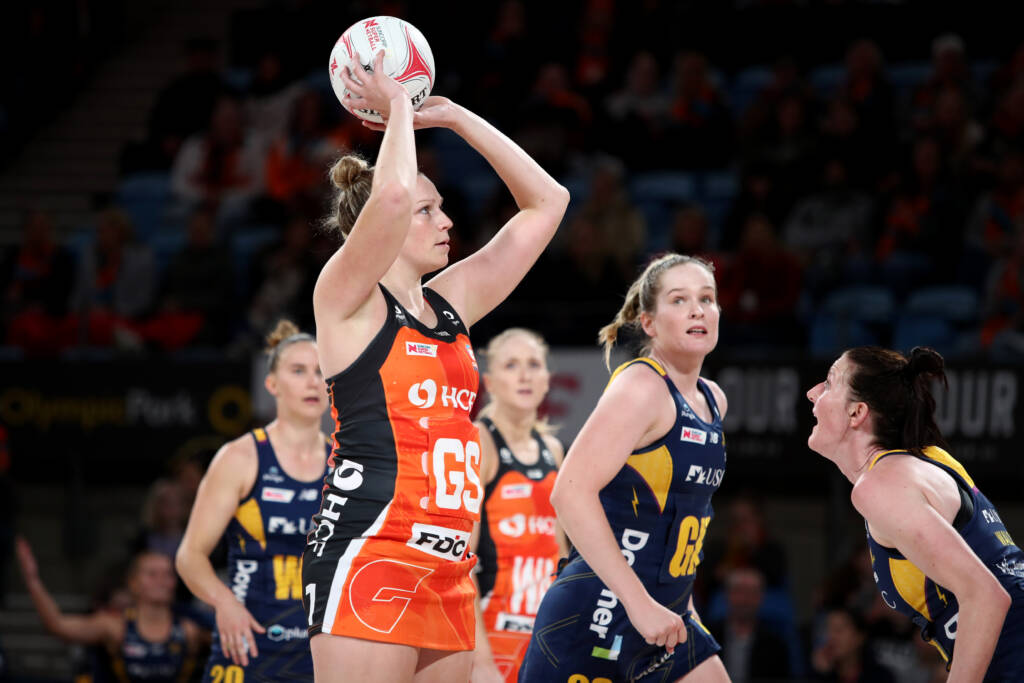 SYDNEY, AUSTRALIA – JUNE 11: Jo Harten of the Giants shoots for goal during the round 14 Super Netball match between GIANTS and Sunshine Coast Lightning at Ken Rosewall Arena on June 11, 2022 in Sydney, Australia. (Photo by Jason McCawley/Getty Images)

GIANTS Netball, who secured their top four status in the previous round, ended the regular season with a narrow three goal victory over Sunshine Coast Lightning.

GIANTS’ Jo Harten, who features in the latest episode of #ENCourtside podcast, scored 45 goals in the match to help her side edge to victory (68-65).

Stacey Francis-Bayman’s West Coast Fever, who also confirmed their final four position in the previous week, enjoyed another victory, beating Adelaide Thunderbirds 68-57 in a high-scoring matchup which knocked Thunderbirds out of the running for a spot in the finals.

Second-placed Fever will go on to face league-leaders Melbourne Vixens in the semi-final (18 June) with the winner securing a spot in the grand final. 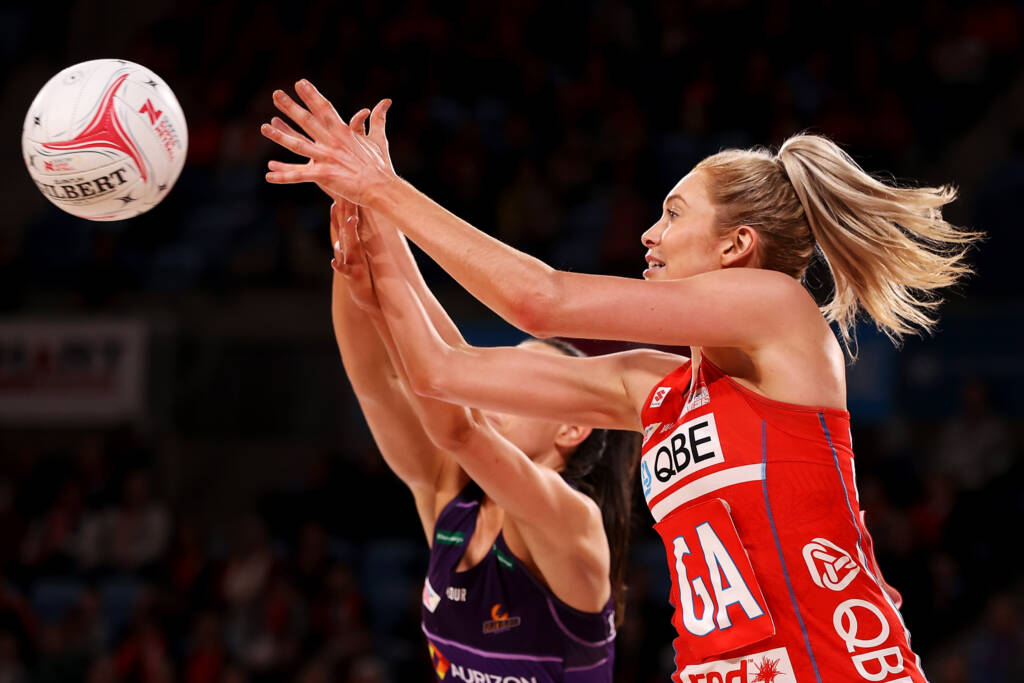 SYDNEY, AUSTRALIA – JUNE 12: Helen Housby of the Swifts wins the ball during the round 14 Super Netball match between NSW Swifts and Queensland Firebirds at Ken Rosewall Arena, on June 12, 2022, in Sydney, Australia. (Photo by Mark Kolbe/Getty Images)

NSW Swifts finished their season losing out to a place in the finals by just a one-goal margin.

Although Helen Housby’s side won their fixture against Queensland Firebirds 63-61, just one more goal was needed by Swifts to seal their place in the top four.

Swifts ended their season fifth on the table. 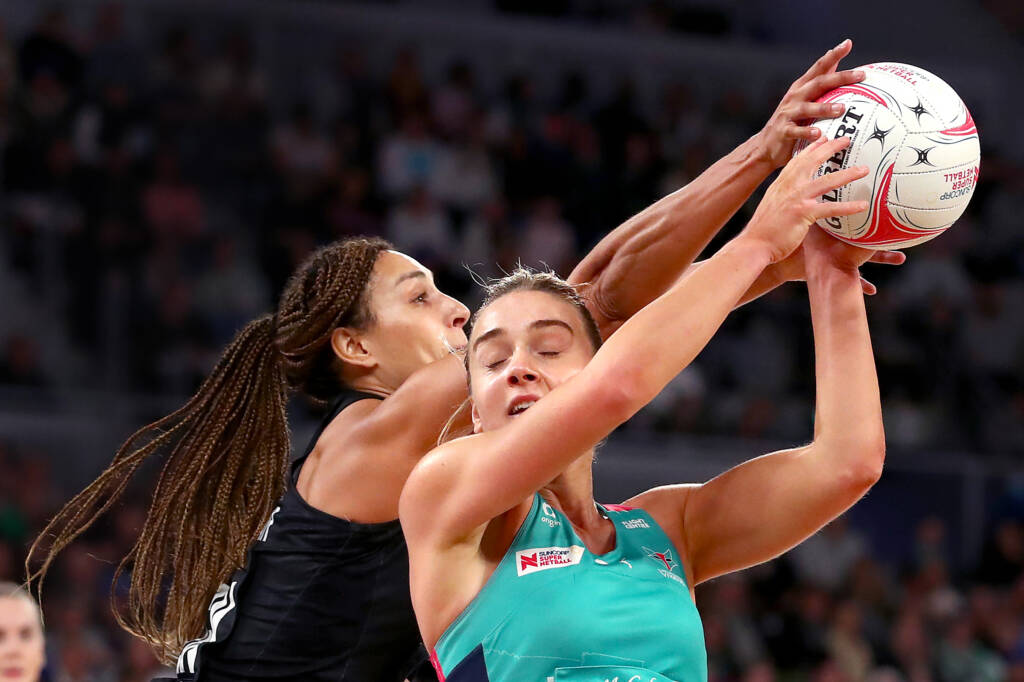 MELBOURNE, AUSTRALIA – JUNE 13: Liz Watson of the Vixens competes for the ball against Geva Mentor of the Magpies during the round 14 Super Netball match between Collingwood Magpies and Melbourne Vixens at John Cain Arena, on June 13, 2022, in Melbourne, Australia. (Photo by Kelly Defina/Getty Images)

Despite Magpies narrow defeat to the top of the table side (54-56), Mentor’s side did just enough to progress to the final stage of the competition.

After a closely contested four quarters and with just seconds left on the clock, Vixens’ Mwai Kumwenda attempted a Supershot, which if scored would’ve knocked Magpies out of the competition, Magpies held their breath as the shot was fired towards goal, but to their delight, the shot bounced off the rim and out of play, the full time buzzer sounded and Magpies had confirmed their place in the finals for the first time since 2019.

The SSN semi final fixtures are as follows:

Previous Story Roses in Focus: VNSL Semi-Final and Grand Final, SSN Round 13
Next Story Looking back on Courtside with Jo Harten