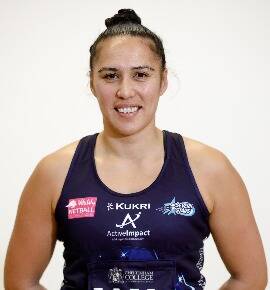 Severn Stars captain Liana Leota was appointed as a Vitality Roses Technical Coach in May 2021 to begin her transition into coaching.

Liana began her playing career in New Zealand where captained numerous clubs in the ANZ Championship, and at international level she won a gold medal at the 2010 Commonwealth Games with the Silver Ferns.

She also lifted the Vitality Netball Superleague title with Manchester Thunder prior to joining to Stars.

Liana will be providing technical and tactical support to the Roses players, to bring tactical plays to life on court and allow the team to challenge at the highest level.

Sonia Mkoloma: “I’m just going to give back to the girls and create an awesome team”