Each week, England Netball will be testing out your knowledge on all things netball with Trivia Tuesday!

The Roses Futures are the next generation of England stars and – for the 2019/20 season – is made up of Halimat Adio, Imogen Allison, Amy Carter and Oliva Tchine.

Make sure you let us know how you fare but screenshotting your result and sending it to us on our Twitter. Remember, you can also take part in Trivia Tuesday on our Instagram!

[COPY] How well do you know your Rams history?

For the first time since both the Rams and Raiders left after the 1994 season, Los Angeles will have an NFL team again, as the Rams return for the 2016 season. But how much do you know about the long and fascinating history of the LA Rams?

Which member of the 2016 Pro Hall of Fame Class began his career with the LA Rams?

The Rams franchise originally began in which city?

When the Rams moved to LA in 1946, how many other major professional sports franchises were on the West Coast?

True or False: the LA Rams were the first team in NFL history to have the team emblem painted on their helmets?

Which LA Ram still holds the record for most interceptions in an NFL season?

True or False: despite being home to many Hall of Famers, the Rams never won a league championship while in LA?

In what year did Eric Dickerson set the single-season NFL rushing record with the LA Rams?

Which NFL Commissioner began his career with the Rams?

Uh-oh, you’re at the Jeff Fisher end of the scale when it comes to the Rams.

A little bumpy in patches, but you show plenty of promise for a brighter future… solid rebuilding year for you – but next year the Super Bowl?

Intense, focused – you’re at an elite level when it comes to knowing everything about the LA Rams! 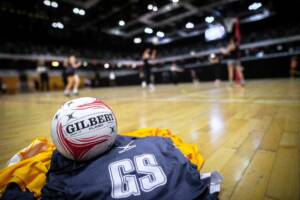 Do you want to make a difference by leading England Netball in an exciting new era? 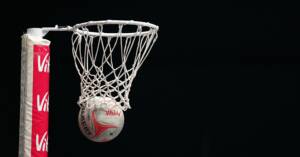