David has an impressive commercial background having held senior positions at organisations such as PepsiCo, Diageo Plc, Compass Group, Lonrho PLC and Wasps Holdings, with a broad range of experience having worked in a number of sectors, from leisure and retail, to consumer brands and real estate. David is currently CEO of the Racecourse Association, one of the tripartite bodies leading British Horseracing and sits on the Board of the British Horseracing Authority. He is also Non-Executive Chair of the national governing body of Modern Pentathlon. He was an independent panel member for UK Sport and was previously a Non-Executive Director on the board of the successful World Athletics Championships 2017.

He was initially appointed to the Board in July 2020 and took up the post of Chair in April 2022. 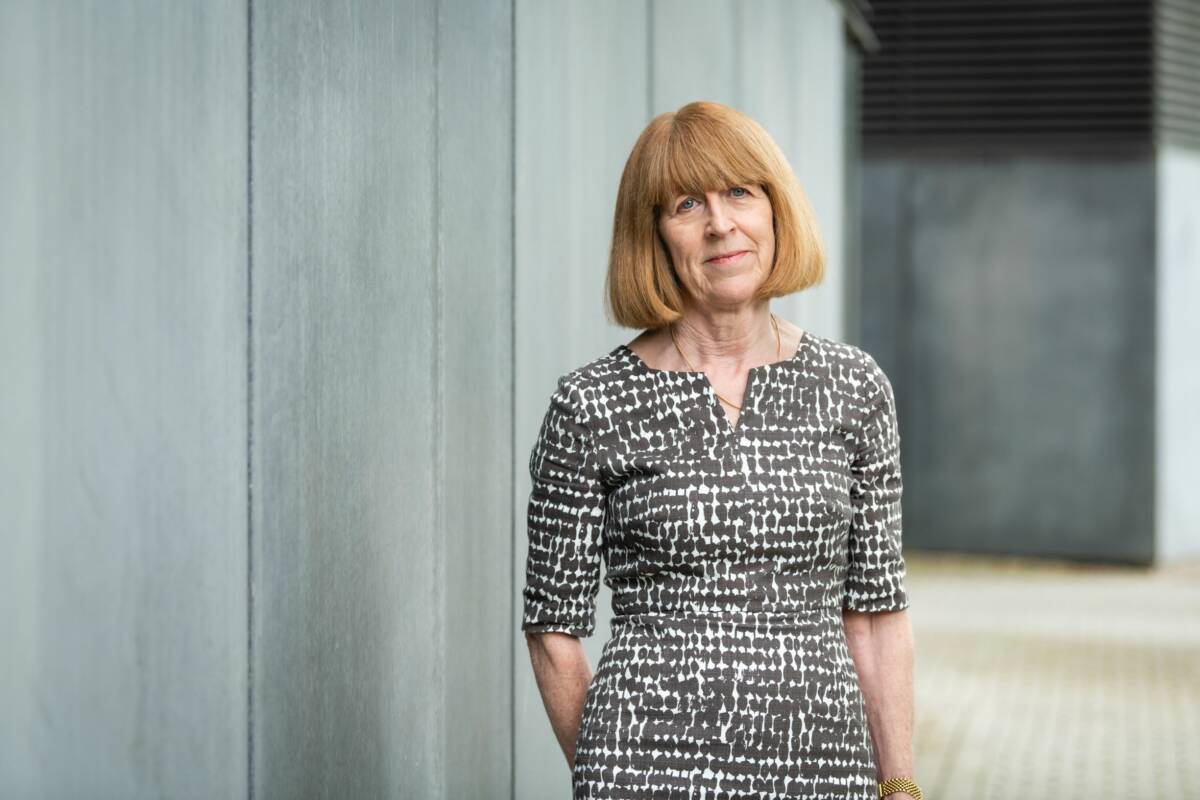 She was previously Chief Executive of ITNET plc, a Birmingham based IT and Business Services company and the first female President of the Birmingham Chamber of Commerce in 2009 as well as setting up the Greater Birmingham and Solihull Enterprise Partnership Board in 2010/11. 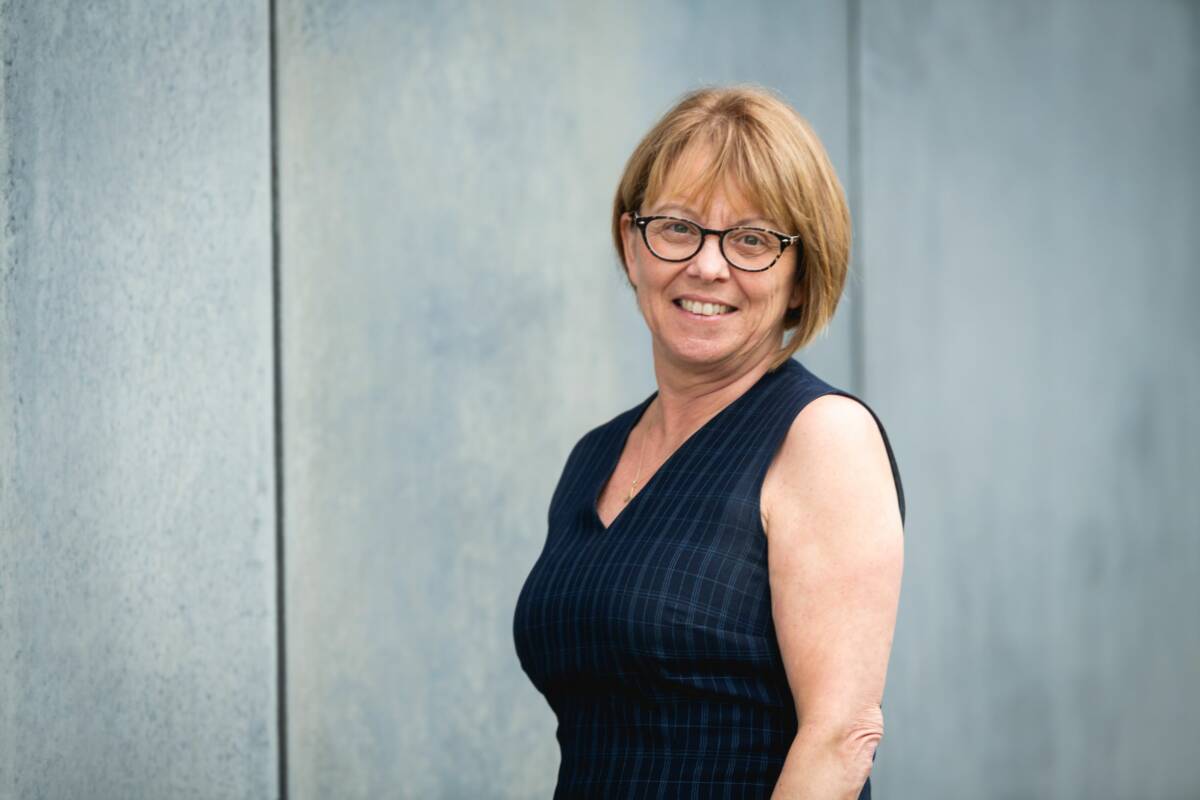 Annmarie Wallis is a qualified chartered accountant with 25+ year experience in senior Finance roles across both the private and not for profit sectors. She is currently Director of Finance at the City of Birmingham Symphony Orchestra, a high profile Arts charity based in Birmingham. Annmarie has been involved in netball since the age of 7 – playing for school, county, university and Birmingham League teams. Now retired from playing she continues to be involved in netball in the West Midlands, umpiring in senior, little league and back to netball leagues. Annmarie joined the Board of England Netball in 2016 and is also the Chair of the Finance & Audit Committee 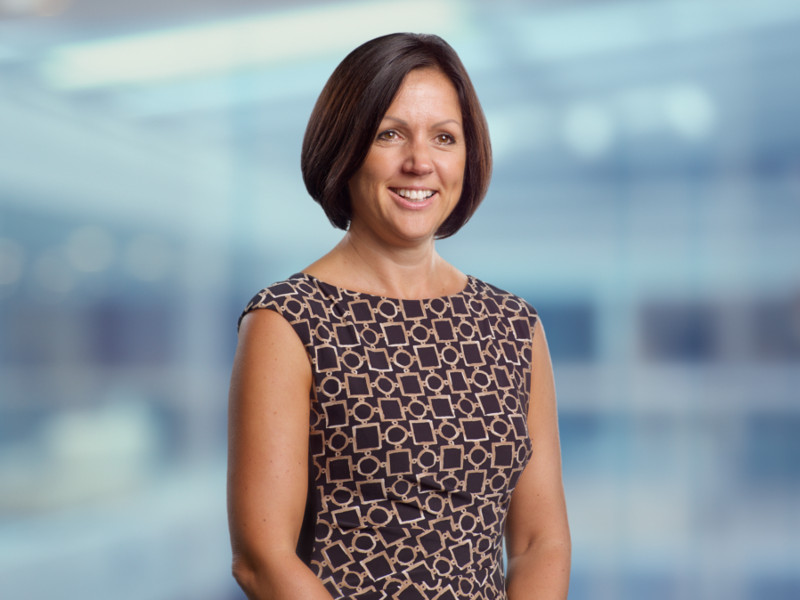 Tracy joined Standard Chartered in 1985 and has held a number of roles in Retail, Commercial and Corporate Banking, in addition to Group functions, both in the UK and in Hong Kong. Tracy was appointed CEO, Europe and Americas in October 2015 and assumed an additional role of CEO, Private Bank in March 2018.

She is responsible for the Corporate & Institutional Banking, Private and Retail Banking businesses in the US, Latin America, UK, Jersey, Germany, France, Nordics and Turkey.

Tracy is also a Non-Executive Director on the Board of Inmarsat. 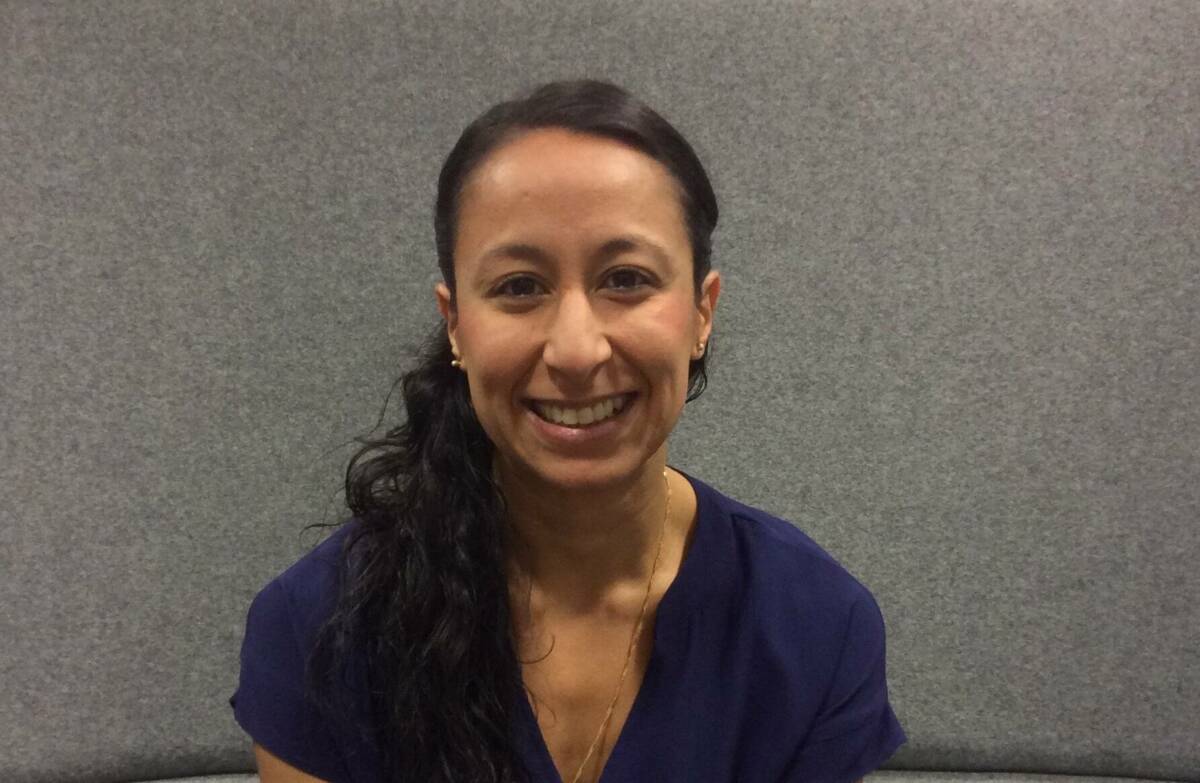 Sharanjit joined the England Netball Board in January 2019 and this is her first appointment in a Non-Executive Role. Sharanjit has joined from the membership as an active player for a North London based club, Level 2 Coach and B award umpire. 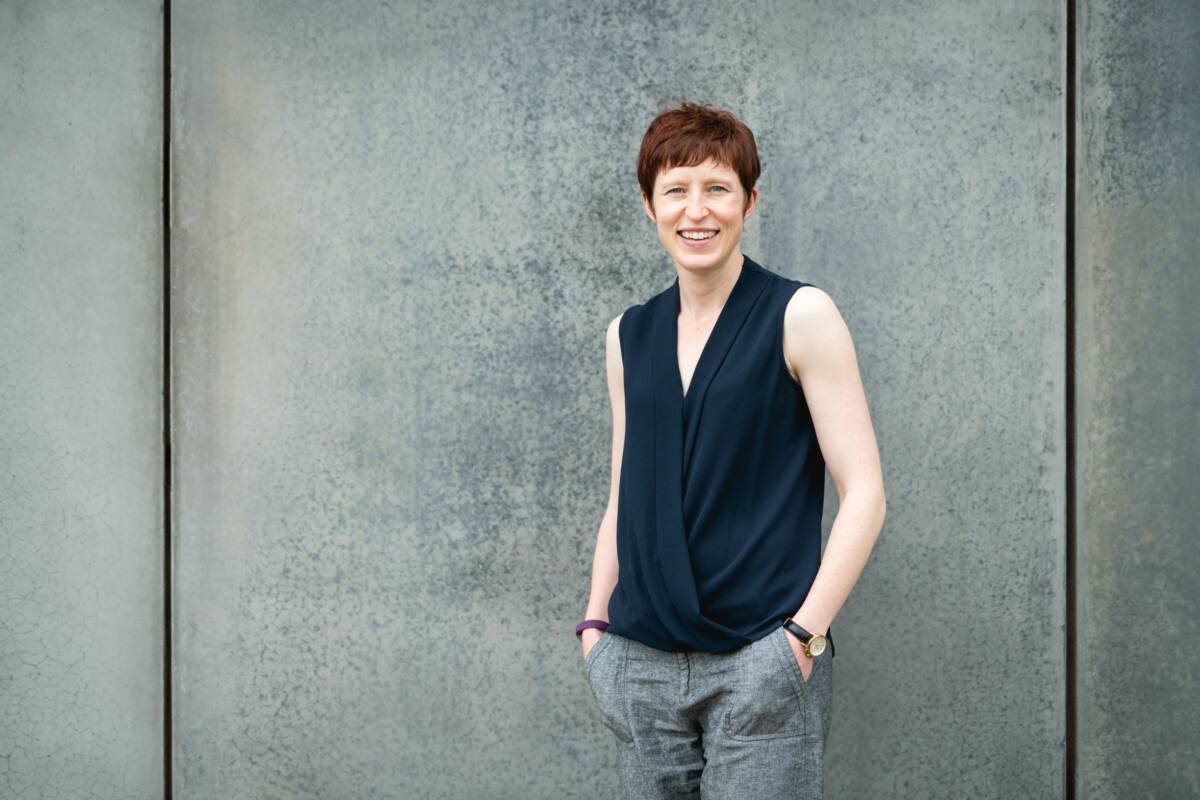 Clare became a nominated non-executive director at England Netball in March 2018. She also currently sits on the organisation’s Nominations Committee, as well as attending the Regional Chairs’ Forum as the Board representative.

She has played netball since secondary school, and her playing career includes stints representing her province at the South African National Championships in 2001, competing for both Loughborough and Northumbria universities in BUSA (now BUCS), playing in the inaugural year of the Netball Superleague in 2005-2006, and more recently at YWCA Bury and Riverside. Following ACL surgery in February 2019, Clare is aiming to get back on the court in early 2020.

Clare qualified as a commercial lawyer in 2008 before moving to work in the sport and physical activity sector in Manchester. She is currently the Chief Executive of the Active Partnership working across Northumberland and Tyne & Wear. 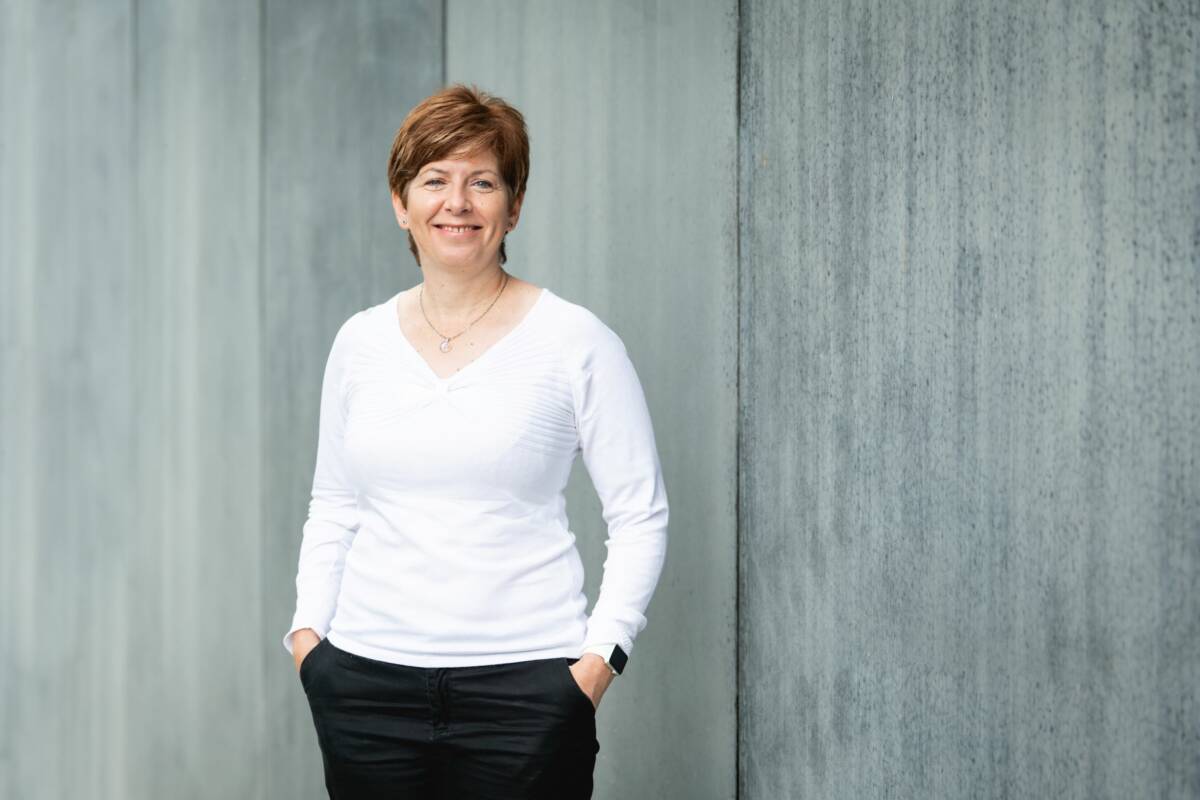 Debbie has been involved with Netball for over 40 years through playing, coaching, umpiring and running a successful club. Her grass roots experience of the game is strong and this has enabled her to support and observe other women growing, becoming more confident, finding lasting relationships and becoming more healthy through their participation in Netball.
Debbie has held Board Level positions for a number of organisations nationally and internationally (equivalent of FTSE 250 organisations) where she has contributed to the development of the business strategy and the plan to achieve it.

Debbie is Currently Chair of the Case Management Group and Board Champion for Diversity. 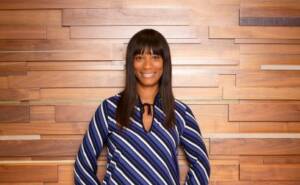 Jennifer has risen quickly to the top as a dynamic communicator, having been talent-spotted for rapid promotion at every company she has worked for.

Jennifer’s former career as a championship 400m runner and hurdler for England was early evidence of her drive and determination. She was on the Board of Trustees of Working Families, one of the UK’s leading work-life balance charities and she was formally Chair of Governors for a primary school.

She has recently joined the London Stock Exchange Group as Head of Communications, Data & Analytics and D&I. Prior to that she has held roles at GSK, focused on using a communications strategic lens to review and support their inclusion and diversity agenda, alongside a number of other special projects. And also as Director of Internal Communications, Experience & Sustainability at Direct Line Group. As part of the Group’s Strategic Leadership Team, she was responsible for developing the Group’s internal communications strategy, including employee engagement as well as developing and executing a new corporate social responsibility strategy. She is also a prominent diversity and inclusion specialist, advocating for diversity and inclusion pan-industry and has been instrumental in introducing and setting D&I strategies within various organisations. 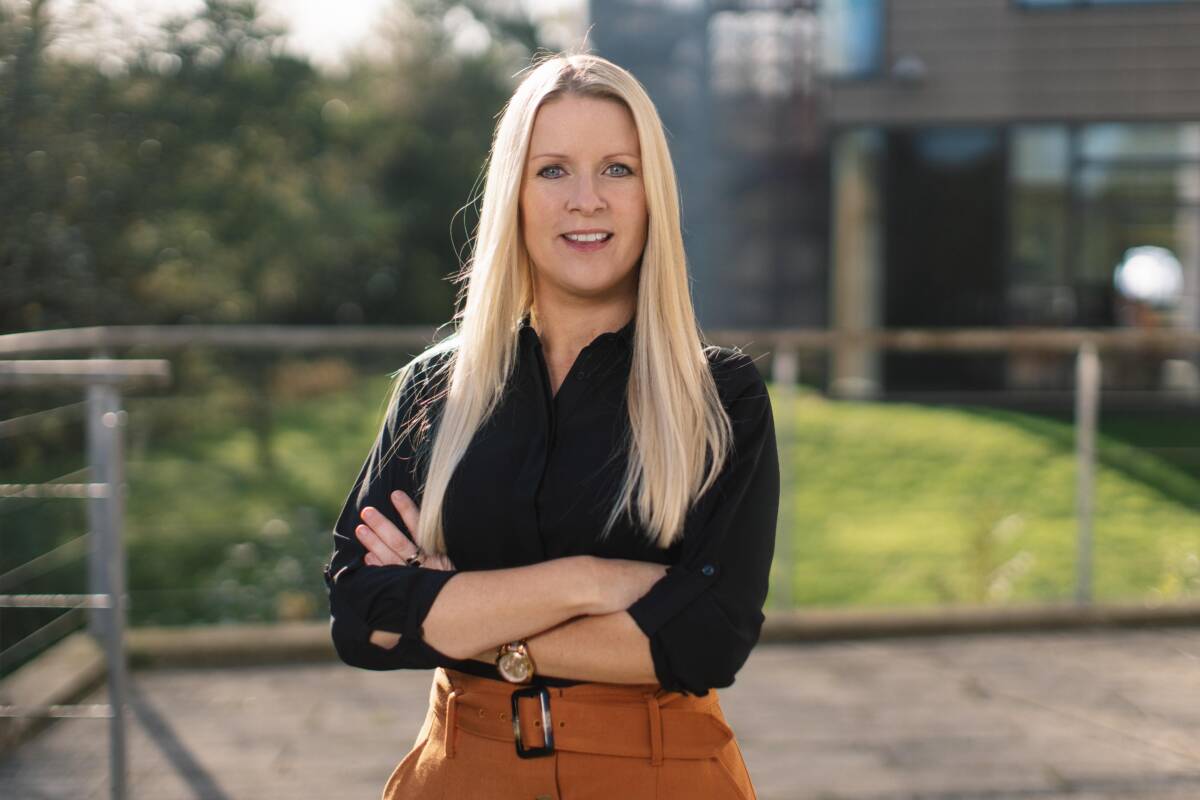 Joining England Netball in 2001, Fran has grown within the organisation, being appointed as Director of Development in 2010 and subsequently leading on the phenomenal growth in participation the sport has seen over the last nine years.

She has held a number of roles within the organisation and overseen a broad spectrum of areas including participation, capital investment, governance, competition and events, coaching, officiating, volunteering, talent and insight.

During her tenure, Fran’s contribution has to date included: securing substantial investment from new commercial partners and the main government funding agencies, pioneering the Participant-Centred Approach, and driving the development of England Netball’s highly successful ‘Your Game Your Way’ strategy.

She has also overseen 10 years of consistent and unparalleled growth in participation and membership, developing industry leading partnerships with organisations such as the Women’s Institute and introducing market leading programmes such as Back to Netball, Walking Netball and the new U11 product Bee Netball.

Through her leadership and influence netball has supported the overall growth of women’s sport, helping to address the gender inequality gap and inactivity levels in traditionally hard to reach population groups. 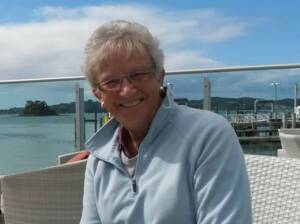 Joan was appointed President in 2020. She has previously held a number of key positions at England Netball spending three years as Vice Chair and then five years as Chair.

She also is no stranger to running competitions and having undertaken the herculean role of International Technical Delegate for the Glasgow Commonwealth Games 2014 and Vitality Netball World Cup 2019 in Liverpool.

Her netballing credentials are extensive and this was recognised in the Queen’s 90th birthday honours in 2016 where she received an MBE for her services to the game.

England Netball’s purpose and how it is to be administered is set out in its Memorandum of Association and Articles of Association which are adopted by its members. Within the parameters of the Memorandum and Articles of Association, the Board of Directors have ultimate responsibility for directing the affairs of England Netball; ensuring that it is solvent, well-run and delivering its objectives for the benefit of its members and netball in England. The current Board consists of up to 11, including the Chief Executive Officer and is supported by the Honorary President who represents the interests of the membership.

In netball we want everyone to find a place to belong, flourish and soar. England Netball has detailed its commitment to diversity and inclusion in our Belonging Commitment Statement and as a board we personally pledge our commitment to this and ensuring that the leadership of the organisation represents and reflects the diversity of the communities we serve.

In order to achieve this England Netball have developed a Diversity Action Plan designed to ensure we attract candidates for Directors vacancies from a diverse pool that best represents the membership and the wider population.

We will continue to work towards improved general diversity within the Board, Executive Team and the wider sport. As part of this England Netball will be working closely over the coming years with our Regions and Counties to help enhance diversity at all levels of netball’s governance structures. It is hoped that work in this area will support succession planning throughout the volunteer structures, to ensure the continued and future success of our sport.

Responsibility of the Board

The Board have agreed collectively their role is:

The Board considers that good corporate governance is central to achieving the company’s objectives and the principle of safeguarding stakeholder’s interests. To support this aspiration the Board operates a number of committees and advisory forums/groups:

The Board delegates to the Chief Executive Officer the day to day and business management control.

For further information about the work of the Board please contact company.secretary@englandnetball.co.uk.