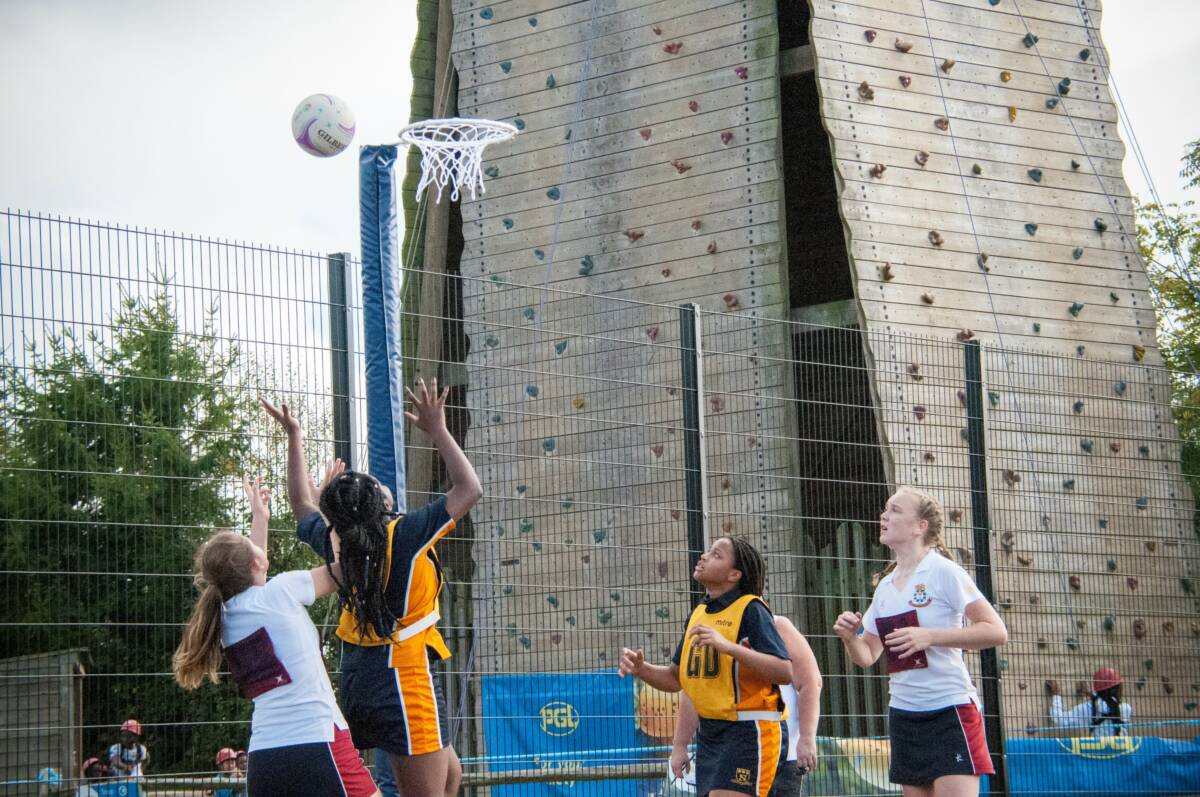 PGL Netball Weekends provide girls in school years 7-11 with the opportunity to compete in a friendly netball tournament while enjoying the fun and challenges of a residential outdoor activity course.

In between games, teams participate in exciting adventure activities such as climbing, abseiling and aeroball, which enhance team spirit and develop new skills. Encouragement is provided by trained PGL instructors who supervise all activity sessions.

Team bonding is strengthened further via the evening entertainment programmes run by members of the PGL centre team, and the weekend ends on a high with presentations of trophies and medals by a guest England Netball player.

Take a look through our upcoming dates:

Find out more about PGL Netball Tournaments or call 0333 321 2116 for prices and availability.