England Netball is delighted to announce that Natalie Haythornthwaite has been called up to the Netball Quad Series squad.

Following this, Sasha Corbin will link up with the squad for the Taini Jamison Trophy in New Zealand.

The Roses set off on their summer tour to Australia and New Zealand this weekend.

The England Roses squad selected is as follows:

The Roses will be in action on the following dates – all times are BST.

**travelling out for Quad Series 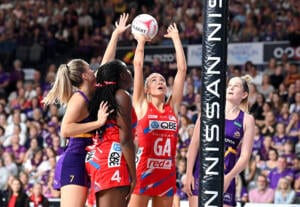