In celebration of the Vitality Netball World Cup 2019’s two-year anniversary, we spoke to some of the coaches who reaped the rewards of Vitality’s #WeAreRising campaign.

The innovative insurance and investment business pledged to build a legacy and support grassroots netball coaching across the UK.

For every 100 goals scored during the tournament, Vitality promised to fund one person to obtain an England Netball Level 1 coaching qualification.

Goals scored during tournament play and associated activities in the Vitality Netball World Cup fan park counted towards the final tally, meaning that international players and supporters are all part of the legacy of that incredible summer in Liverpool.

In total, there were 11,367 goals scored by teams and fans meaning 114 aspiring coaches were given the chance to earn their qualification! 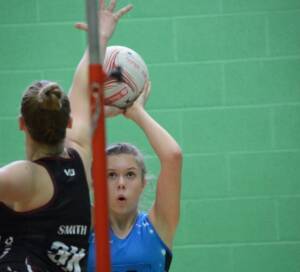 Prior to taking part in the #WeAreRising campaign, Kia Jenner had just volunteered to coach the U14s at Bridgwater Netball Club in Somerset where she’s from. Kia then heard about the campaign from her sister and saw it as a great opportunity to be “the best coach I could be for the girls.”

The Biomedical Science student said: “I was shocked when I found out I was selected to be funded as I really didn’t expect it!

“I loved completing the course, it helped me bring together my knowledge of the game to be an effective coach rather than viewing the game from a player’s perspective as I had done before.”

Kia is currently a Level 1 coach with ambitions to become a Level 2 once she’s achieved the C Award umpiring qualification, while her talents also extend to playing for the University of Plymouth’s netball club.

“I love playing in a team, no matter where you go everyone is always so friendly and welcoming; it is just a great community to be part of,” she said.

The 20-year-old hopes to continue her coaching journey at the university after a year disrupted by the impact of COVID-19, and she discussed what inspires her.

“The main thing that inspires me to coach is seeing the difference between teams at the start and the end of each season, seeing that you can make a difference to not just the team but to individual players and their confidence is really rewarding,” she explained.

“My favourite thing about coaching is when players are losing at quarter time, and you give them each something to work on for the next quarter and it results in them then winning that quarter as everyone always comes off the court smiling.”

We hope to see Kia back coaching again soon and she was keen to express her gratitude for the support she has received so far: “I would like to thank Vitality for funding my course to enable me to start my coaching journey and also to Bridgwater Netball Club for helping me not only as a coach but also as a player and umpire.” 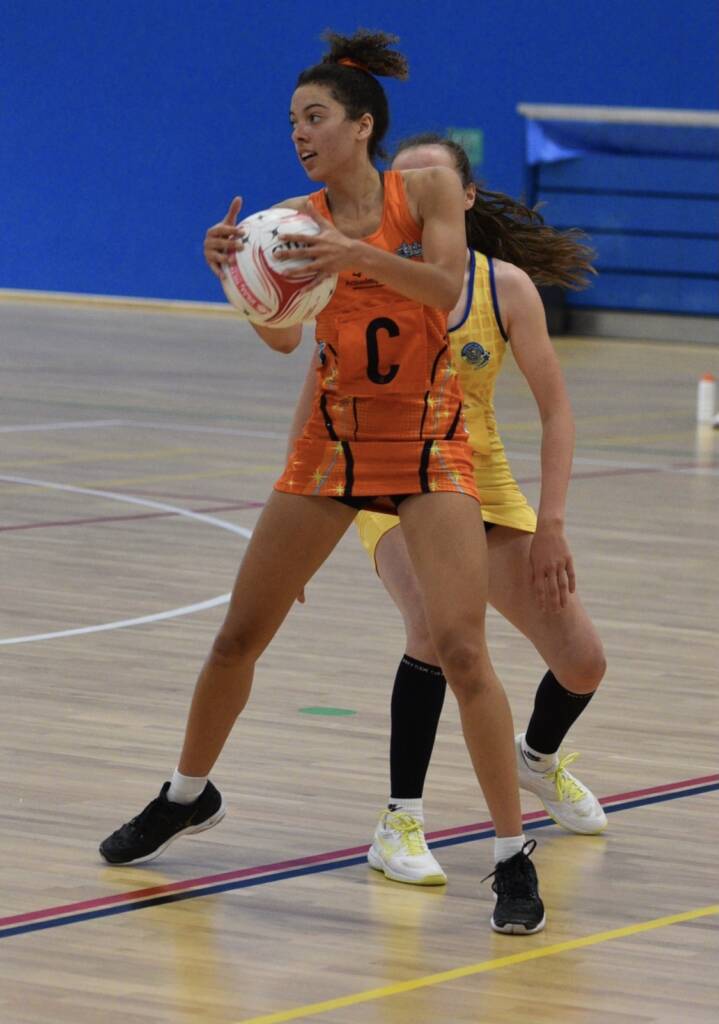 One of the youngest coaches to benefit from the #WeAreRising campaign, Halee Robinson had to show tremendous courage to successfully achieve her qualification.

The 18-year-old admitted: “(It was) a bit nerve-racking to begin with as I was quite young. Most people on the course were adults so I did feel a little shy but as the days progressed my confidence increased, and I had more belief in my ability to coach.

Despite her initial nerves, Halee’s talent was clear, and she shared what motivated to her to take part in the campaign: “I was driven to widen my own netball skill base and develop my knowledge as a player into a coaching role.

“I thought this would be the perfect opportunity to learn a new skill that would allow me to give back to my netball community by supporting a new generation of players.

“I was so pleased and grateful because it allowed me to fulfil one of my goals of becoming a coach without having to afford it myself. I felt very lucky to have been selected and it seemed like it was meant to be, I was meant to become a coach and from that so many brilliant things have followed.”

Halee has coached a variety of ages and abilities, but currently her main age group is 11 and 12-year-olds. And she has been fortunate to be able to keep working with players throughout the pandemic.

“Thankfully I have been able to coach virtually during the lockdowns and more recently I have started face to face coaching which is a delight,” she enthused.

“Every Wednesday evening throughout the lockdowns my twin sister and I would plan and lead a netball session to 30 players from our netball club over Zoom.”

The Level 1 coach from Wolverhampton has shown remarkable commitment throughout a difficult period and she is determined to play a part in driving the sport forward.

“I’m inspired by the growth of the sport, for example, netball is becoming more and more widely recognised due to the role of new sponsorships and partnerships like Sky Sports,” she said.

“The only way to continue and further expand this growth is by developing a new wave of enlightened and motivated players. Therefore, if I can help this happen and push netball to higher heights through coaching then that is what I will do.”

And describing her favourite part of the role, she said: “The satisfaction and contentment a player receives when they understand or successfully execute a move that we have been working on. It is so rewarding to see a smile slide over their face when they realise that they have done what we have been practicing.”

Halee is one of the shining lights in the Netball Family, but she’s had plenty of help along the way and she acknowledged them: “Huge thank you to Vitality for organising the #WeAreRising campaign because I really think it has supported so many coaches who in turn will channel their love for the sport into creating a new generation of netball players.

“I’d like to thank my coaches at Yendys Netball Club and Severn Stars for being such amazing role models for me to be inspired by.” 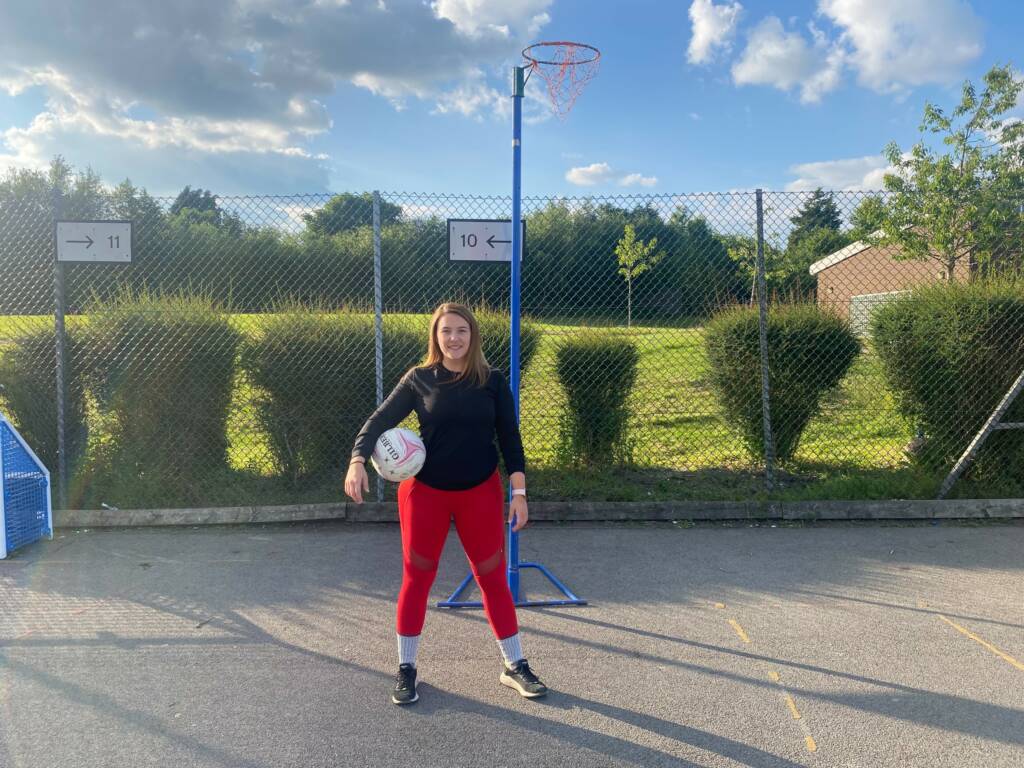 For Olivia Riches, the #WeAreRising campaign came at the right time as she had wanted to step into coaching for a while but had never got around to it.

She described her delight at securing one of the places: “Ecstatic, funding is half the battle, to help netball reach more people across the country and to be part of the World Cup cohort feels special! It gave me a kick to prioritise something that I’ve wanted to do for so long.

“(The course was) really enjoyable and widened my Netball Family even further. One of the people who delivered the course is someone I still see regularly at sessions across Yorkshire. “

The Level 1 coach has been imparting her knowledge on the team she captains in a social league over the past year, as well as delivering Netball Now sessions in her hometown of Leeds.

“Combining playing with coaching means sometimes you need to swap hats, but I love the challenge. My team are very receptive to feedback and we always strive to have the most amount of fun whilst improving our game,” she shared.

Netball Now can involve people who haven’t played for a long time and Olivia talked about what it’s like to lead those sessions.

“The session allows for a relaxed game where players can ask questions, get clarifications on rules and feedback on their game. So having done the course has equipped me to deliver feedback in a constructive manner whilst being receptive to my audience and their needs.”

Every match of the Vitality Netball Superleague (VNSL) season was shown live for the first time in 2021, and for coaches such as Olivia it was a chance to learn from the experts on the broadcast.

“The commentary from Tasmin Greenway and Jess Thirlby has helped me to develop my understanding of zones, phases, etc., which in turn I am taking back to my own sessions. Dan Ryan, if you’re reading this, I am available in the Leeds area!”

When asked what she likes most about netball, Olivia’s answer was emphatic: “Everything! I like the diverse range of people the sport is bringing together, and I hope that continues to grow.

“I love that this sport is global, it transcends players thousands of miles apart but it all means the same thing to you as an individual. Netball provides a space for people to be good at something, learn, win, fail, fall over, get back up again and have heaps of fun all at the same time!”

Olivia resumed playing at 26 having “benefitted from some very passionate members of the Netball Family in Yorkshire”, which has ignited her passion to coach adults.

We are excited to see where her coaching journey goes, and she is very grateful for the help she has received because of the #WeAreRising campaign.

“Thanks to the Vitality and the England Netball team for bringing to life this partnership that is helping the development and delivery of the sport at a grassroots level. Our sport is growing rapidly and we need this support to deliver an amazing experience for new Netball Family members,” she said.

“I’d also like to thank Corrine Hudson (England Netball Netball Development Officer) for the all the hard work she is doing right now in West Yorkshire to support netball.”

Kia: “I did watch the World Cup and the semi-final game between the Vitality Roses and New Zealand was my favourite match as it was England’s most contested game. But also, (I enjoyed) in the Sri Lanka vs Zimbabwe game when the Zimbabwe GK who was 5″2 intercepted the ball from the 6″10 Sri Lanka GS, an amazing intercept!”

Halee: “I went to Liverpool to watch most of the games. A highlight would be hearing the crowd chant Rachel Dunn’s name when she ran on to court. Also watching the final and seeing the Silver Ferns narrowly beat Australia was a major highlight! The whole atmosphere during the World Cup in the arena and also in the fans village with the big screen in the middle of Chavasse Park is something I will remember forever.”

Olivia: “I was very lucky to watch some of the early games in Liverpool and loved the energy in the stadium! It was amazing to see the strength and speed of the players first hand.”