Today (23/12/20), we celebrate the birthday of Fran Williams as the Vitality Rose defender turns 23!

After another year of netball, Fran has continued to establish herself as one of the best young defenders in the world thanks to her performances for her country.

Despite an enforced break from competitive action due to COVID-19, Fran has still shown her quality and maturity in a stop-start year. At just 22, she was selected to be vice captain of the Vitality Roses squad for the highly-anticipated Cadbury Netball Series in New Zealand.

Fran has adapted flawlessly to every level she has stepped up to in her career whether that be NPL to the Vitality Netball Superleague (VNSL) or U21 level to the senior England team. This is a trait that has stayed with her since she started at school.

“I was about nine years of age and playing netball after school. It was there that my coach let me know about Woodley Netball Club and she took me along to get me started. I loved it, it was so much fun for me to be going along to be netball,” she said on Virtual Netball Club show Netball Natter.

“I started county training, regional training, and getting selected for more things when I was 13 or 14. That was when I started to take things really seriously, I really wanted to play for England. Getting through those stages were really motivating for me and made me set my goals on England. When I was 15, I decided what I wanted and had to work very hard ever since.

“When I was at secondary school age, I was more motivated by my team. If I didn’t get picked for something but my teammate was, that really inspired me. If someone I knew was playing at county level, I wanted to be as well. A lot of the coaches I had really helped me to improve by working on special skills with me so I could improve and reach the next stage.”

Fran burst onto the international scene at the age of just 20 when she made her senior debut for the Vitality Roses against the Uganda She Cranes in 2018.

Her rise was fast, though, and former Vitality Roses Head Coach Tracey Neville quickly realised her promise as an up-and-coming defender. Fran cemented her position as a first-team England player when she was selected for the 2019 Vitality Netball World Cup in Liverpool.

This saw her go from captaining her country at the Netball World Youth Cup to representing them at the main tournament in just two years. The VNSL champion was now playing with netballers she’d idolised for years in front of sell-out crowds all while studying economics at university.

“Last year was just amazing. I was fully back to being my school girl self, I was just so excited! I lost all sense of cool and that call, I just burst into tears! I’m at University of Birmingham studying economics and I was right in the middle of my exam period,” she said.

A powerful video & truly special to be a part of it! Privileged to be given this opportunity to represent @EnglandNetball at a HOME World Cup! I am so grateful and will be working harder than ever👊🏼Can’t wait for Liverpool and to see what this amazing squad can do 🌹 https://t.co/jwFGq1pXBU

“I was really busy away from netball as well which meant I wasn’t focussing on whether I was going to get picked, it was a good distraction. I was in the library when she told me I was selected, I burst into tears and don’t think I got much more work done that afternoon. I just went and picked up my stuff.” she said.

“It was one of the best experiences that I’ve had in netball if not my life to date as I just felt a part of something really special in sport but in Liverpool in general because of all the fans there. The people fully embraced the tournament and made it such a big success.

“The attendance in the arena and the fan park was amazing. The support we had was just incredible. I just feel really privileged that I’ve had that experience and that we were able to do that.”

Fran was one of her side’s best players when she vice captained England against world champions New Zealand earlier in the year. She finished with the second most intercepts for the Vitality Roses behind Razia Quashie.

During the tournament, the 23-year-old also announced that she would be returning to Wasps Netball for the 2021 season. The VNSL season begins in February 2021 and, with an international series taking place in January, Fran will be hoping to begin her 23rd year with a bang. 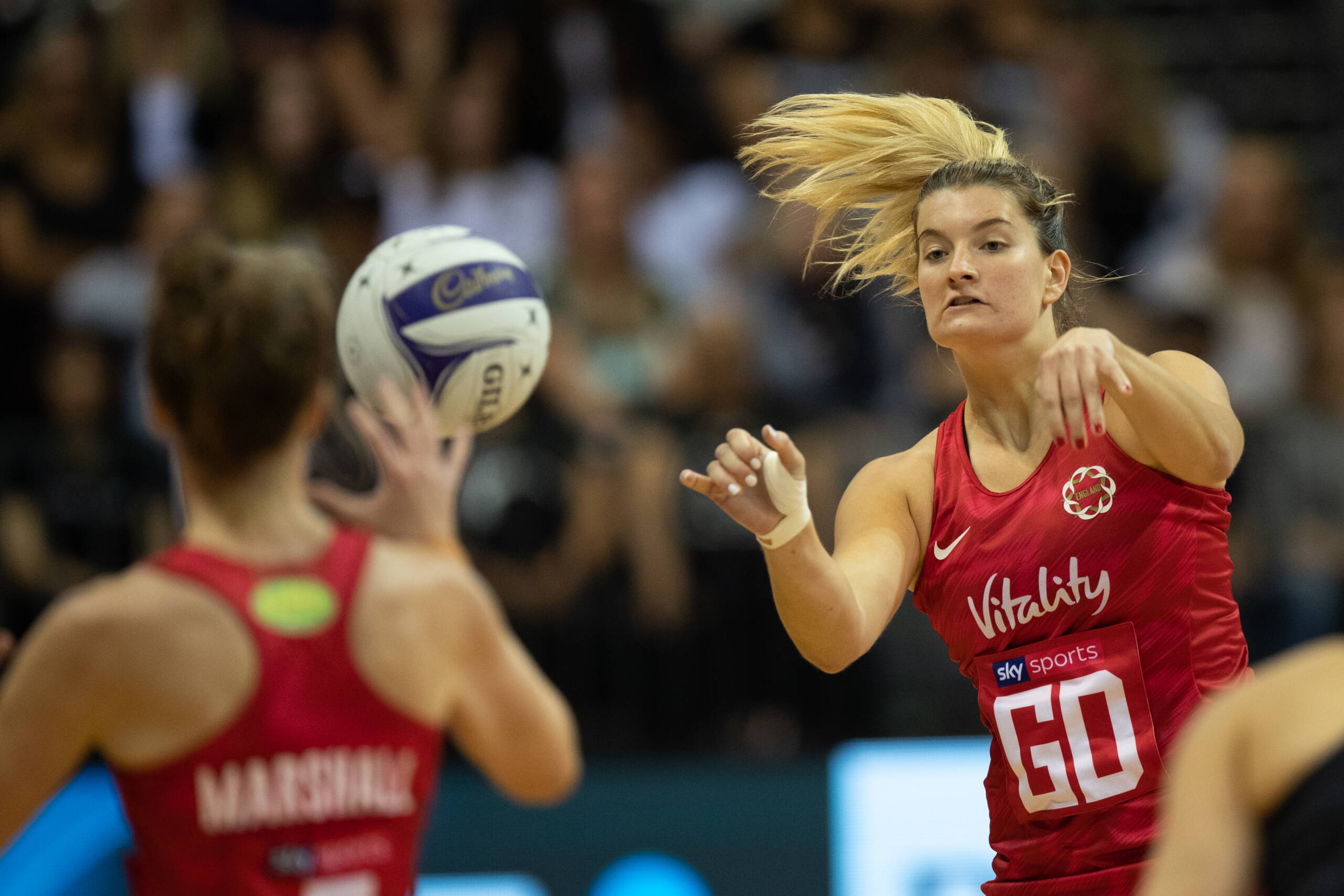 “I’ve got one more year left of my uni degree which feels like it’s taking a while; doing it alongside sport is really difficult but it’s really exciting that I’ve had the opportunity to be able to carry on with both,” she said.

“For me, I’m just going to keep concentrating on netball and see how much further I can take it. I want some time to just do netball to just throw myself into it fully.

“Hopefully, over the next few years, I’ll keep getting picked and keep having international experiences. I still feel like a really young player and I really want to keep achieving, keep improving and take it all in.”