The Vitality Roses came from six goals behind in their second game of the Vitality Netball Quad Series to secure a 49-46 win against the Silver Ferns in a thrilling end-to-end performance.

“It was a real team effort. New Zealand were going to be a lot better than the last time we played them.

“Even though they’ve been away for a while, we know that Kayla [Johnson] and Phoenix [Karaka] are seasoned athletes so it was always going to be a new challenge for us. It’s not ideal to go down and we had to really fight to get back. Ideally we want to get in the game earlier and stay up in the game but sometimes you’ve got to play with what’s in front of your face.

“I think in some ways, the way that we’ve had to play that game and the way in which New Zealand forced us to play a little bit is great preparation for a match against the Diamonds.

“I did actually want to play Australia more than once when this competition was spoken about and given that we haven’t gone on tour to Australia as part of the New Zealand leg back in the autumn, it’s brilliant we’ve given ourselves a chance now to hit out against them twice. It’s perfect, really.”

The Vitality Roses will face the Diamonds on Tuesday at 19:30 and the match is available to watch live on Sky Sports Main Event, Mix and Arena. 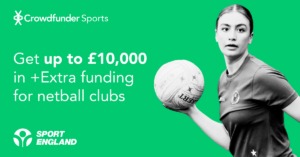