MELBOURNE, AUSTRALIA - MAY 23: Jo Harten of the Giants (L) shoots under pressure from Jo Weston of the Vixens during the round four Super Netball match between Melbourne Vixens and GWS Giants at John Cain Arena, on May 23, 2021, in Melbourne, Australia. (Photo by Graham Denholm/Getty Images)

Vitality Rose Jo Harten has re-committed to Super Netball side GIANTS for a further two seasons.

An inaugural player with the GIANTS, Harten combined with 19-year-old Sophie Dwyer in season 2021 and it proved to be one of the most formidable shooting circles in the league.

Harten stood tall for her side in the season just gone, leading a young side to a minor premiership and Grand Final appearance.

The shooter brought up her 150th National League match in the Grand Final and finished the 2021 season playing 1023 of a possible 1025 minutes, scoring 525 goals and 57 Super Shots.

One of the smartest players in the league, Harten was awarded the club’s most prestigious award for the third time, taking out the HCF Most Valuable Player at the club’s 2021 awards presentation.

Committing to her sixth and seventh seasons, Harten said she is looking forward to staying in the orange family for another two years.

“I’m incredibly proud to be a foundation player at this club and playing at the club for the past five years has been an absolute honour,” she said.

“2021 was an incredible season in many regards and it has definitely ignited the fire in me to be better next year, growing with the amazing young athletes around me.

“I’m very excited to unleash our potential over the next two years.”

Clubs have until 8 October to finalise their squads, with more announcements to be made in the coming days. 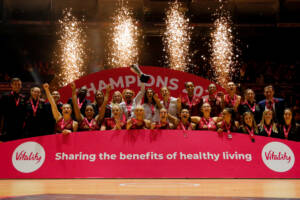 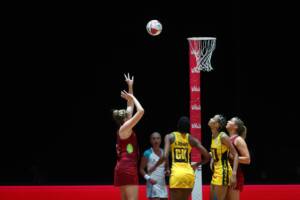