We were delighted to receive confirmation from the Government this week that we will be moving to Step Three of the roadmap for easing lockdown restrictions on 17 May 2021.

This is great news for netball as it means we can also move to Step Three of our spring 2021 roadmap for netball, which you can see below, from 17 May. 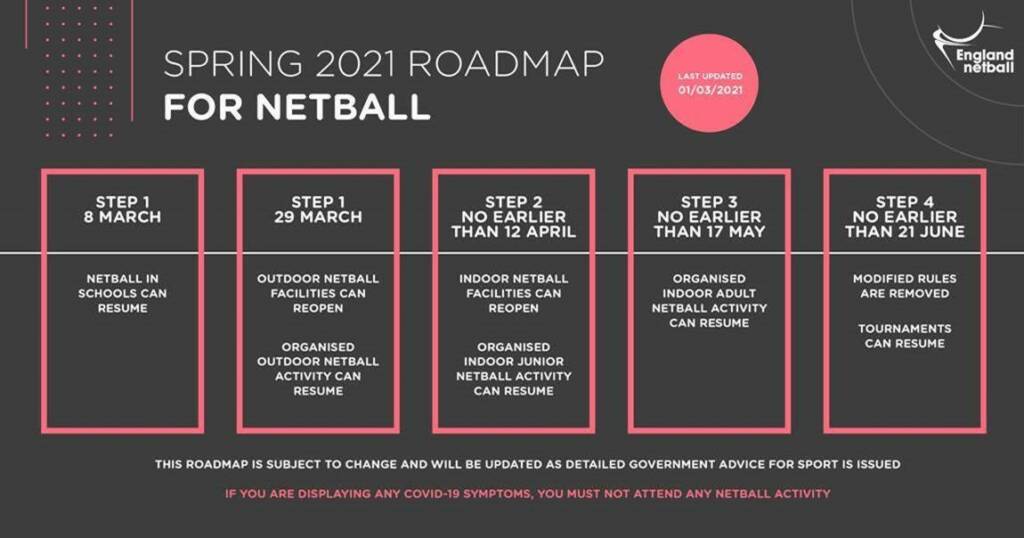 We are still waiting for detailed Government guidance for sport to be issued, but in the meantime, we wanted to share what we already know to help clubs, leagues and other netball organisers start to prepare for this next step, and for participants to get a better idea of what’s coming.

What will Step Three guidance allow?

What won’t be changing?

Within your netball activity, we hope things will start to return to something closer to ‘normal’ with these updates. We did however want to remind you of some of the restrictions that must remain in place:

We have created a Step Three Addendum to our Restart Guidance based on what we know so far. There is a small chance that we may need to update this addendum when we receive the Government’s formal written guidance for organised sport on or before 17 May but we will update the Netball Family if this is the case.

Thank you all for your continued commitment, support and patience. Seeing netball courts come to life in the last few weeks is a testament to the time, effort and energy invested by the Netball Family.