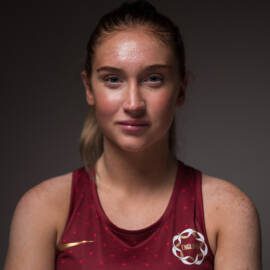 Alicia Scholes has enjoyed a quick rise through England’s age groups since her first international tournament at the start of 2018.

Since then, Alicia, daughter of former Manchester United and England midfielder Paul, has competed in various international competitions, including an U17 tour in Australia and the Netball Europe U21 Championships in Northern Ireland in 2019.

On the domestic front, Alicia was part of Manchester Thunder’s Vitality Netball Superleague squad for the 2020/2021 season, before joining London Pulse for the current campaign.

Alicia has been selected for the Future Roses programme for the first time for 2022-23.