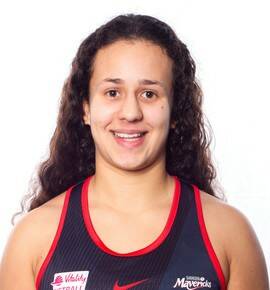 Beth started playing netball at Otford Netball Club when she was nine. She was selected into the U19 National Performance League for Surrey Storm at just 16 years old and then for the England U19 National Academy.

The mid-courter has progressed through the Saracens Mavericks ranks since joining, making her Vitality Netball Superleague debut in 2017.

Beth has been named in the 2020-21 Roses Futures programme.