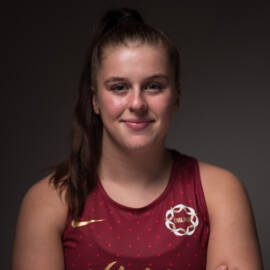 Ellie Heyes was first selected for the Roses Academy in 2018 and once again formed part of the squad a year later.

Heyes, who represents Manchester Thunder and YWCA Bury, was selected as a reserve for U17 Netball Europe in 2019.