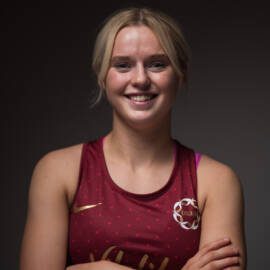 Emma Rayner was selected for the Roses Academy in 2018 and has since won U17 Netball Europe with her country.

She has been in the North West Pathway in the Regional Academies and the Manchester Thunder Pathway system since she was 13.

The mid-courter is rated highly in Manchester and won the franchise's U17 Coaches' Player of the Season Award in 2018.