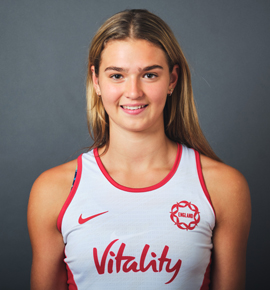 Emma Thacker continues to rise through the age-groups after first being selected for the Roses Academy squad for the 2018/19 season. At 15, Thacker was given a place in the 20-strong long squad for the World Youth Cup in 2021.

Thacker was previously part of the cohort of U19s that went on a tour of New Zealand and Australia in June 2019 and was a member of the England squad which triumphed at the Netball Europe U17 Championships a few months prior.