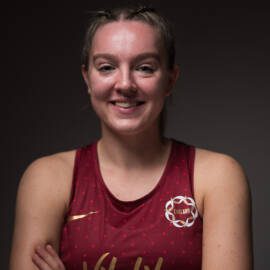 Williams was first introduced to the international scene in 2017 when she was selected for a Netball Europe tournament at U17 level.

She was then selected to travel with the U19 side on a tour of Australia. Unfortunately, Williams ruptured her ACL midway through 2018 and spent 281 days - nine months - before returning to full training in January 2019.

Her determination was rewarded with of a place in the U21 long squad for the World Youth Cup set to take place in Fiji in 2021. Following the announcement, Williams went to her first senior international competition in the form of 2019's Netball Europe Open in Northern Ireland.

Following that triumph, Williams captained the U21s at the Netball Europe Championships at the University of Worcester Arena. She played a vital part in the win as England won all three of there games on home soil.

Williams represents Vitality Netball Superleague side Loughborough Lightning and made a number of appearances for the first team as they won their first VNSL title in 2021. Williams had previously turned out for Manchester Thunder at youth level.