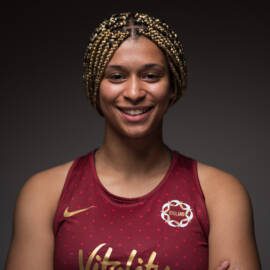 Jayda Pechova was named in the Roses Academy for the 2021-22 season after being part of the 2021 long squad.

She collected her first piece of international silverware in the form of U21 Europe Netball gold in November 2021.

On a domestic level, Jayda was promoted to the role of training partner in London Pulse’s Vitality Netball Superleague (VNSL) squad ahead of the 2022 campaign and made her debut in February this year.

Jayda has been named in the Future Roses programme for the first time for 2022-23.