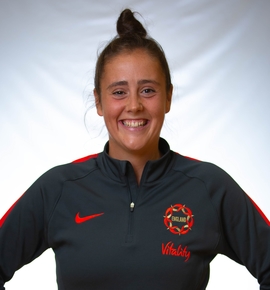 Jessica Shaw was among the first group of players to be selected for the full-time Roses programme when it was launched in 2016. The centre was already starring for her country at youth level and went on to win bronze at the Netball World Youth Cup in 2017.