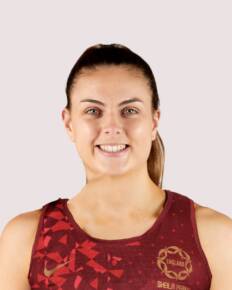 Natasha Pavelin has represented England at both U17 and U21 level.

In 2015, Natasha was named in the England U17 squad for the Netball Europe Championships. She then received a call up for the U21 squad two years later and helped the team successfully defend their title.

After progressing through the Team Bath performance pathway, Natasha enjoyed her first starts at Vitality Netball Superleague level in 2020 before building on her fantastic performances during the 2021 campaign. She then re-signed with the five-time VNSL champions ahead of the 2022 season.

Natasha has been named in the Future Roses programme for the first time for 2022-23.