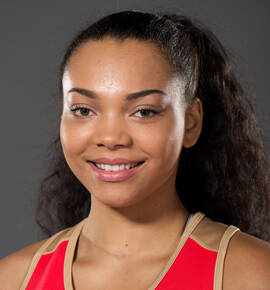 Paige Reed has risen through the ranks of the England youth set up and has represented her country at U19 and U21 level.

In 2017, she was a travelling reserve in the England U21 squad for the Netball World Youth Cup in Botswana.

Paige plays her domestic netball as a regular starter for Severn Stars. She switched to the Midlands-based franchise in 2019 after starting her career with Team Bath.

Paige was previously involved in the Roses Futures programme during the 2018-19 season and has now been selected again for 2022-23.