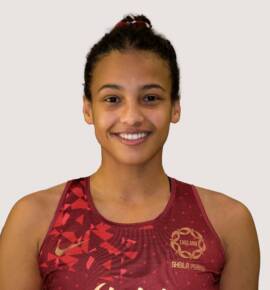 Taylor McKevitt has already won silverware for England, having previously been crowned a Europe Netball U19 champion.

In addition to representing the London-based club, Taylor is also a five-time NPL champion with Manchester Thunder and has won Premier League 1 with Oldham Netball Club.

Taylor has been named in the Future Roses programme for the first time for 2022-23.