The Queen’s Baton Relay is a Games tradition that builds anticipation for the forthcoming Games by celebrating, connecting, and exciting communities across the Commonwealth and shining a light on untold stories and unsung local heroes from the places it visits.

Batonbearers will play a major role in the Queen’s Baton Relay when it returns to England this summer, taking on the once-in-a-lifetime opportunity to carry the Queen’s Baton in their region during the final build up to the Birmingham 2022 Commonwealth Games.

People are encouraged to nominate those who are always willing to take on a challenge, have a unique and inspiring story, are a figure of inspiration who positively challenges others to achieve their best, or is passionate about making a positive impact within their community.

Nominations can be made by visiting the Birmingham 2022 website and submitting 100 words or less on how the nominee is making a difference in their community and why they deserve to take on this once-in-a-lifetime opportunity.

Nominations are open for all nine regions of England, which is where the Baton will visit in summer, and Batonbearers must be aged 12 or over as of the 2 June 2022.

To mark the launch of the Batonbearer nominations, a commemorative mural has been officially unveiled by Kadeena Cox. The four-time Paralympic champion had the honour of being the first Batonbearer to receive the Baton from The Queen at the launch of the Queen’s Baton Relay at Buckingham Palace in October last year. This unique artwork has been designed and created by one of the UK’s most prolific street artists: Gent 48, aka Josh Billingham. 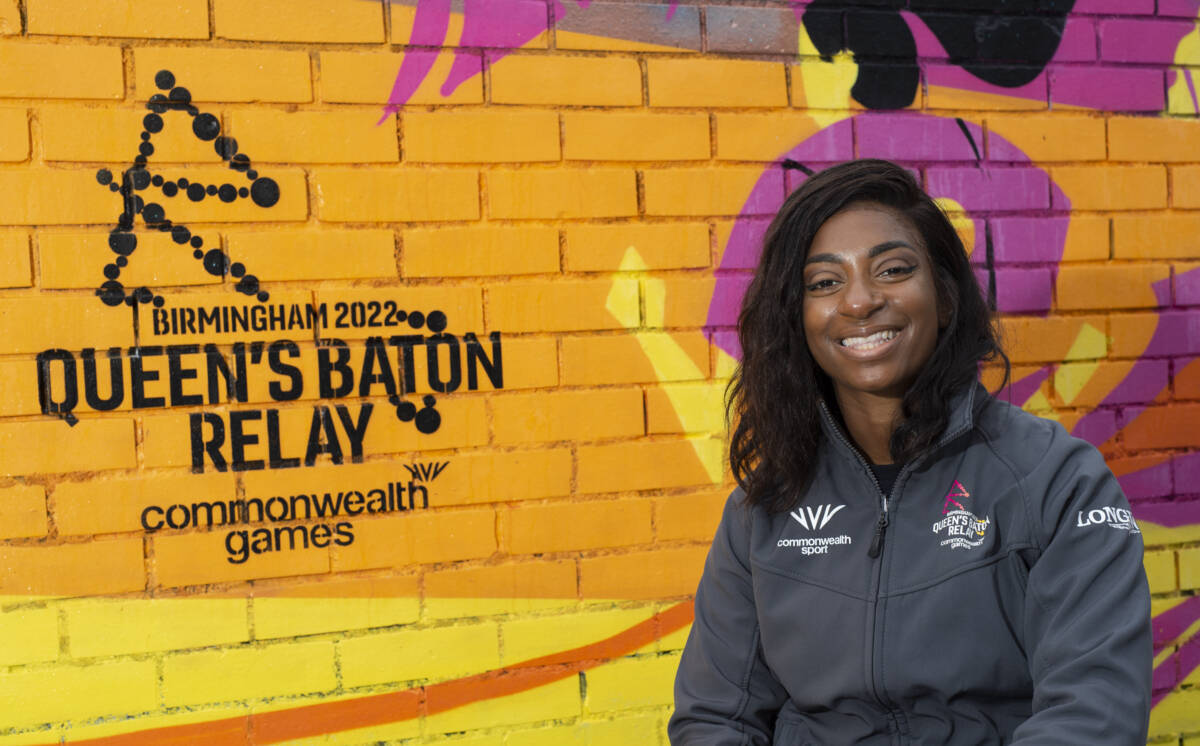 Vitality Rose Layla Guscoth was also one of the chosen Batonbearers for the Queen’s Baton Relay, carrying the Baton back in October 2021. 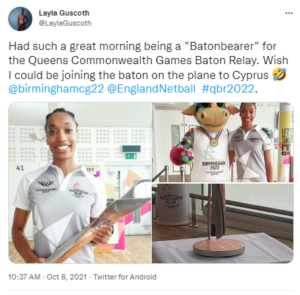 After the Baton has taken on its epic journey across the Commonwealth, where it will have visited Europe, Africa, Oceania, the Caribbean, and the Americas, it will return to England for the final countdown to the Commonwealth Games. The Queen’s Baton will travel the length and breadth of the country for 25 days, before the Relay officially ends at the Opening Ceremony of the Commonwealth Games on 28 July 2022.

Lord Lieutenant of the West Midlands, John Crabtree OBE, Chairman of Birmingham 2022, said: “The Queen’s Baton Relay is a chance for the most inspiring people in the country to be recognised for their incredible work, to take on the honour of being involved in this collaborative journey, and to be part of history.

“The Baton is currently travelling to every corner of the Commonwealth, visiting hundreds of communities and celebrating those that strive to make a difference. We want to find these individuals here in England, and with the nominations process starting today, we want you to nominate your local hero and tell us why they should be a Batonbearer.”

The criteria for a Batonbearer is someone who meets one or more of the following:

Nominations for Batonbearers for the Queen’s Baton Relay in England are now open. To nominate and find out more, visit www.birmingham2022.com/qbr.