We are pleased to reveal the names of 14 athletes, including two training partners, who will travel to face the South Africa SPAR Proteas in a three-match test series in a few weeks’ time.

Jess Thirlby, Head Coach of the Vitality Roses, and the team will meet the South African side on court from 29 November – 1 December, which will be the first time they have played one another since the Vitality Netball World Cup in July.

Thirlby’s squad will feature Jade Clarke, Fran Williams, Natalie Haythornthwaite and Natalie Panagarry who were all a part of the team that defeated South Africa in the bronze medal Vitality Netball World Cup match earlier this year.

The full 14-strong squad selected for the series is as follows:

Despite not being a part of the full-time Roses programme, Stacey Francis, Jade Clarke and Kadeen Corbin chose to trial for the highly anticipated international series and were eligible to do so via the P3 route as they have played in more than 65% of games in the Vitality Netball Superleague or Suncorp Super Netball season this year.

Thirlby said: “I am really looking forward to heading to Cape Town with the Roses for what is set to be an unmissable series.

“I’m also delighted to be welcoming the likes of Jade Clarke and Natalie Haythornthwaite back into the fold after their World Cup campaign and look forward to seeing more of those World Cup athletes returning to the court in 2020.

“We have a real mix of talent in this squad that will be setting off to South Africa soon, including some players with extensive experience of competing in the England set up and who most importantly know how to operate on the international stage, as well as some who are very new to it and have a bright future ahead. Having this variety is really important in a team as the newer faces bring lots of energy and excitement to this environment and will also benefit from rubbing shoulders with their more experienced teammates.

“A great example of this variety is Jade Clarke who is quickly approaching her 170th cap in comparison to debutant Kate Shimmin who has now come into the Roses programme for the first time. Overall I can sense the desire amongst the group to represent the Vitality Roses and the pride they have in doing so.

“The last time the Vitality Roses faced the SPAR Proteas was in Liverpool at the Vitality Netball World Cup when they beat them to the podium in the bronze medal match, so it will be really exciting to see these two strong sides face each other once again.”

Saracens Mavericks Head Coach Kathryn Ratnapala will join Thirlby in Cape Town to support her in an Assistant Coach capacity for this series.

The Vitality Roses will in action on the following dates:

You can watch the excitement unfold live on Sky Sports and keep up to date with all the news from the series via the England Netball Twitter account.

This will be the Vitality Roses’ last tournament before they play New Zealand, Jamaica and South Africa in the Vitality Netball Nations Cup on home soil in January 2020. Tickets are available to purchase here. 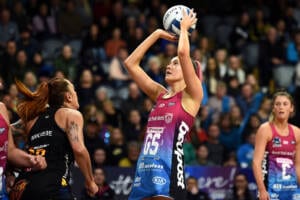 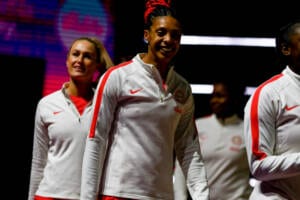