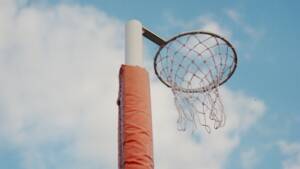 Wales qualified for NWC2015, after winning the European Qualification Tournament which they hosted in 2014.

Currently ranked eighth in the world*, the Welsh will make their 13th Netball World Cup appearance in Sydney, after having only missed one tournament since its inception in 1963. After finishing 10th in the maiden World Cup in Eastbourne, England, Wales missed the tournament held in Perth, Australia, in 1967, but have gone on to compete in every World Cup since.

Wales kicked off their streak of attending 11 consecutive World Cups, by finishing seventh at the event held in Kingston, Jamaica, in 1971. They then went on to record their best Netball World Cup finishes to date, finishing equal sixth with Scotland at the event held in Auckland, New Zealand, in 1975, and outright sixth in 1979, when Trinidad and Tobago hosted the tournament in the Port of Spain.

The Welsh finished eighth in the 1983 World Cup held in Singapore, 13th in Glasgow, Scotland, in 1987, seventh the last time the Netball World Cup was held in Sydney in 1991, and 17th in Birmingham, England in 1995; their lowest recorded World Cup finish to date.

Of the total 114 World Cup matches they have played, Wales have won 49, lost 63, and drawn two matches, giving them a World Cup winning percentage of 43%.