England Netball and Vitality have today announced an extension to their long-term partnership, which sees the insurance and investments company continue as title partner of England Netball for a further two years.

Vitality will continue its naming rights of England Netball’s national team, the Vitality Roses, as well as extending its title partnership of the Vitality Netball International Series, which includes all home international series at the elite level of the game.

In addition, Vitality will continue as Official Title Partner of the Vitality Netball Superleague, the leading domestic netball league in the UK.

Having worked together since 2015, the renewal builds on a hugely successful partnership which has seen significant investment across all levels of the sport over the last six years, driven by a shared purpose to grow the game and inspire women and girls to live healthy and active lifestyles.

Vitality will continue to help inspire and enable women and girls at a grassroots level to play netball, as they continue as Official Wellness Partner of England Netball’s hugely impactful ‘Back to Netball’ programme, which has seen 125,000 women re-engage in the sport since its inception in 2008. Fourteen years on, ‘Back to Netball’ is thriving, with two out of every three women remaining in the programme, changing the activity habits of participants for the long-term.

As the Official Title Partner of the Vitality Goalden Globe Awards, an annual awards ceremony to celebrate and recognise England Netball’s volunteer community, Vitality will also continue to help champion the brilliance of the Netball family, shining a spotlight on the many thousands of incredible volunteers and members that really make a positive impact on the lives of others through the power of the sport.

At the heart of the Vitality partnership there have been some significant campaigns that have helped to drive visibility and growth in the game, whilst building a legacy across the Netball family.

Vitality’s Netball World Cup 2019 campaign #WeAreRising helped to enable aspiring coaches to access England Netball Level 1 coaching qualifications, with every 100 goals scored at the competition and in the fan parks directly linked to the number of courses Vitality funded. As a result, 114 people were funded to participate in the course to become a qualified netball coach, with the benefit being felt across the grassroots community for years to come.

More recently, the Vitality Roses each had the name of an inspirational person to them printed on their England dresses for the Vitality Netball Legend Series in January this year. The initiative allowed each player to nominate someone who had a profound impact on their growth as an athlete and contributed to their netball journey.

Fran Connolly, CEO of England Netball, said: “We are delighted to be extending our long-term partnership with Vitality, which has been a game changer for our sport. Vitality shares our vision to grow the game and engage and inspire women and girls to get active and find joy in our sport, from the grassroots to the elite level.

“Their commitment and support to helping restart and rebuild our game during the ongoing global pandemic has been critical, with their investment directly contributing to the success of reopening netball across the country and enabling our sport to continue to grow.

“As we look ahead to next year’s Commonwealth Games in Birmingham and beyond, in a year like no other for netball in this country, we look forward to working closely with Vitality to continue to shine a light on our game, to open our sport to more people than ever before and take netball to ever greater heights. Here’s to another two years of making a positive difference together.”

Neville Koopowitz, CEO of Vitality, said: “We are delighted to renew our partnership with England Netball once again. We first partnered with the sport six years ago and since then have seen the sport go from strength to strength, with hundreds more women trained to coach netball, and thousands more playing and watching the game.

“Together with England Netball we look forward to building on this success by continuing to showcase this great sport and encouraging many more people get active and play netball, which all forms part of our core purpose to make people healthier and enhance and protect their lives.” 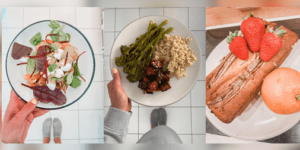 #Jaffa3CourseChallenge – your chance to win a £50 Tesco voucher!