PERTH, AUSTRALIA - JULY 03: Stacey Francis-Bayman of the fever high fives the fans after their win during the Super Netball Grand Final match between West Coast Fever and Melbourne Vixens at RAC Arena, on July 03, 2022, in Perth, Australia. (Photo by James Worsfold/Getty Images)

Two sides including Vitality Roses were in action across the finals period of the 2022 Suncorp Super Netball season. Jo Harten‘s GIANTS missed out on a Grand Final spot in an end-to-end battle against Melbourne Vixens and Stacey Francis-Bayman‘s West Coast Fever secured a historic maiden SSN victory.

Jo Harten’s GIANTS were narrowly beaten in a nail biting fight to the finish by Melbourne Vixens, who secured their spot in the Grand Final.

In a game filled with end-to-end action, the lead changed hands throughout the match in dramatic fashion at the John Cain Arena.

The Vixens took the early lead, with the scoreline reading 15-7 at the first break.

However, it was the GIANTS captain Jo Harten and shooting partner Sophie Dwyer who kept the visitors within touching distance. Their strong shooting prowess saw them score a combined 10 from 14 Super Shots, with Harten contributing to seven of these. 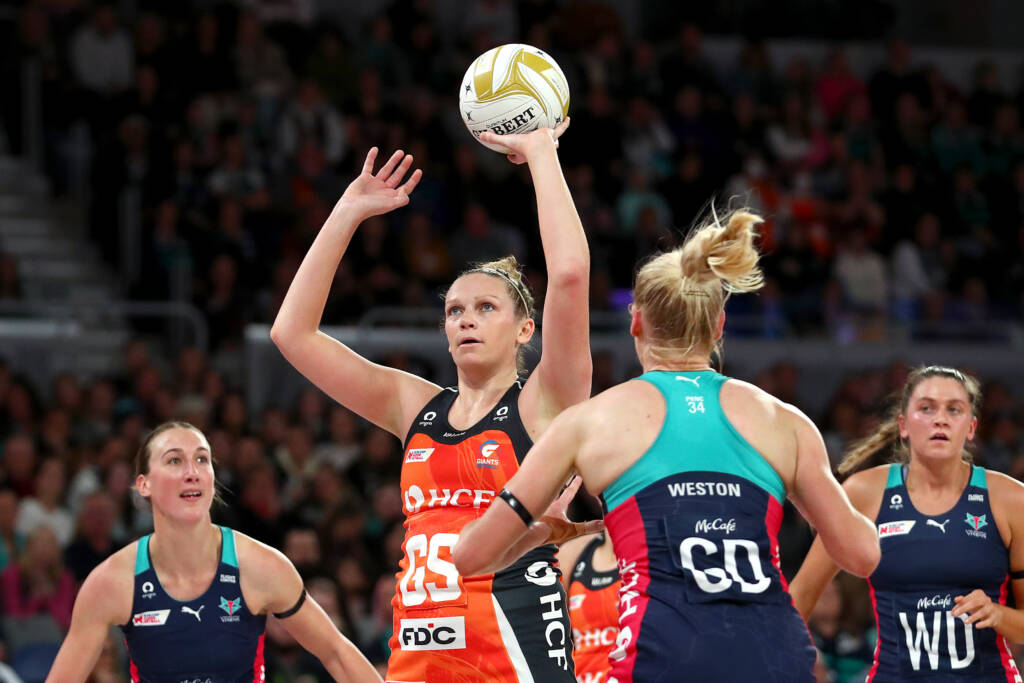 However it wasn’t to be, as the Vixens proved too strong in the final quarter, producing an incredible comeback from nine goals down to outscore the visitors 17-7. The Vixens shooting pairing of Kumwenda and Samason shot at 91% accuracy for the match, sinking a last-second goal to see the Vixens into the Grand Final. At the final whistle, the score read 55-54 in favour of the Vixens.

GIANTS captain and Team England vice-captain Jo Harten said: “I’m so proud of us. We have to live by the wins and the losses of the season and it came down to one goal, but we gave it everything tonight.”

The loss ended the GIANTS’ ambitions to reach their third Grand Final and their opportunity to claim the club’s first national league title.

Stacey Francis-Bayman’s side West Coast Fever claimed a historic first Suncorp Super Netball crown in a win over one of their fiercest rivals, Melbourne Vixens.

The two sides in this year’s Grand Final have a history of recent on-court battles. The Vixens had previously beaten Fever by just two goals in an epic 2020 Grand Final. This season the two had already faced off in a number of close run matches: the Vixens came into the finals series having defeated Fever twice during the season, but Fever had won the most recent face-off by nine goals to advance to this year’s Grand Final meaning the stage was set for an incredible competition.

Fever started strong in this final of epic proportions, entering the first break with a four-goal lead (18-14).

The Melbourne side came back strong in the second quarter, at points narrowing the gap between the two to just one goal. Fever’s strong defensive pressure saw them extend their margin back out to five goals, complemented at the other end of the court by the strong shooting partnership of Sasha Glasgow and Jhaniele Fowler.

At half-time, Fever entered the break with the advantage, leading 35 goals to Vixens’ 29.

Fever star and Jamaican international Fowler reigned supreme at the shooting end. Fowler’s control of the shooting circle provided Fever with an impressive 11-goal lead, scoring 16 goals in the quarter and shooting at 100 percent accuracy in the third quarter. Shooting proved critical for the victors in this game, with Fever recording a 98% goal accuracy rate and a 44% accuracy rate in the Super Shot, only narrowly outscoring the Vixens who achieved 94% and 43% accuracy respectively.

The Melbourne side certainly were not defeated in their attitude going into the final quarter and knew that a comeback could be possible, having set the precedent in their preliminary final where they overcame a 10 -goal deficit to win against Jo Harten’s GIANTS. However the Vixens were unable to repeat such a feat, and Fever secured their maiden Super Netball title in front of a home crowd. The match finished with 70 goals to Francis-Bayman’s side, 59 goals to the Vixens. 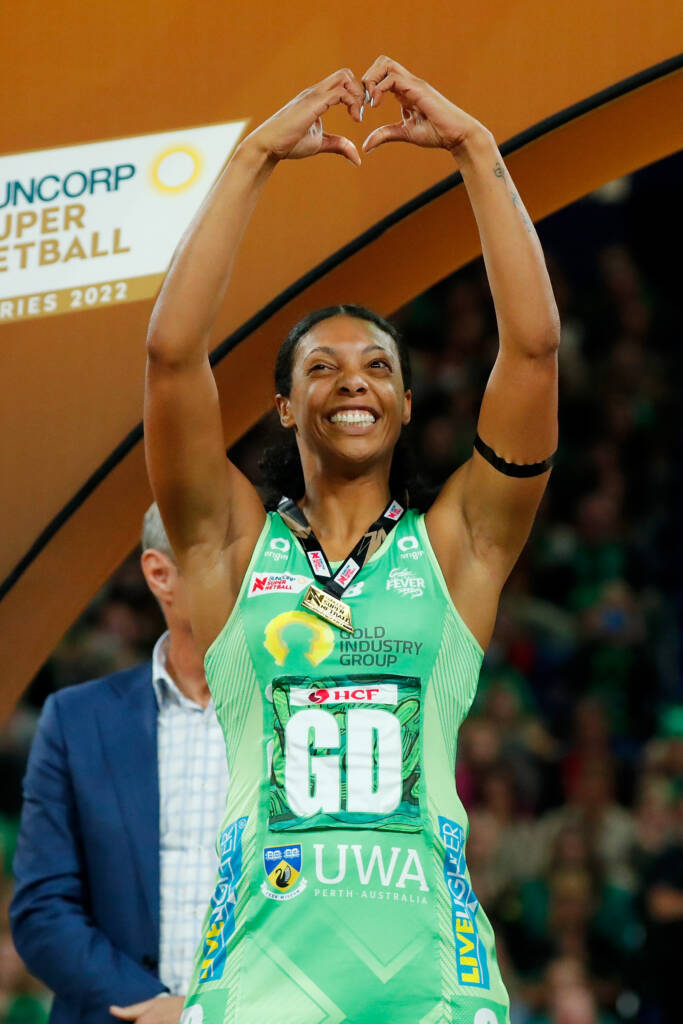 Francis-Bayman hopes to continue her streak of success as she travels with Team England to the Commonwealth Games in Birmingham 2022.