One of the most anticipated international competitions within the global netball calendar will see the Vitality Roses play host to the Australian Diamonds, New Zealand Silver Ferns and South Africa’s SPAR Proteas at the Copper Box Arena in London.

Subject to COVID-19 travel restrictions, the four international sides will take to the court on January 15, 16, 18 and 19, playing a total of eight games across the series, competing to win the coveted Netball Quad Series trophy.

One addition to the squad that claimed the recent series win against the Jamaica Sunshine Girls is Geva Mentor, who returns having last played for the Vitality Roses in New Zealand as part of the side who claimed a historic series win against the Silver Ferns for the first time as visitors to the southern hemisphere nation.

Of those selected for the recent Roses Reunited series Fran Williams and Funmi Fadoju were not available for selection due to injury.

Jess Thirlby, Vitality Roses Head Coach, said: “It is great to be able to name such a strong squad and to be welcoming back Geva to the team. It is indicative of the talent that we have in the Roses programme and competition for places remains high which is helping to drive the high standards we know we will need to meet in order to compete with three of the best teams in the world.

“Whilst we are proud of the recent series wins in New Zealand and against Jamaica which in turn is helping to build confidence, we are restless in our pursuit for better performances and the Netball Quad Series format certainly poses a much bigger challenge with multiple games against varying styles in quick succession and concluding with finals netball for the first time. Having never won the Quad Series we are under no illusion of how tough a challenge it will be and can’t wait to get back on court and bring our fans world leading netball.

“We showed encouraging growth both on and off the court and took away many key learnings from the recent Roses Reunited series. We remain focused on improving performances and consolidating squad connections in what is our final international competition of this international window and forms a critical part in our ongoing preparation for the Commonwealth Games.

“To host this calibre of netball nations in London is a privilege and one that can only happen as a result of the tireless work behind the scenes from England Netball and the competing international sides. On behalf of the Vitality Roses I would like to extend our gratitude to all those involved in making this level of competition possible during these times in what is a key test for us as a squad.”

David Parsons, Performance Director for England Netball, added: “Our thanks go to the three competing nations, from their players to the performance teams and everyone working behind the scenes to help navigate the evolving guidance relating to operating elite sport during the global

pandemic, to ensure the safe delivery of this event.

“The Netball Quad Series will give us the opportunity to test our capabilities against three of the best teams in the world as we edge closer to the Commonwealth Games, and I’m confident that this team, with an exciting depth of experience and emerging talent, will challenge these top sides across the series.”

Tickets are available for all the Netball Quad Series here. 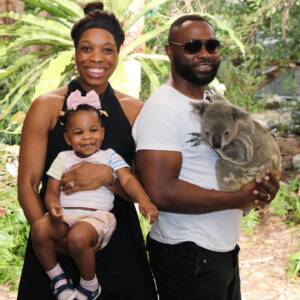 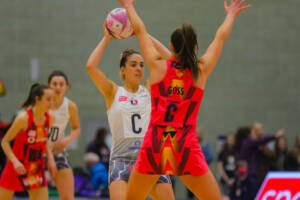