England Netball are delighted to be part of a collaborative action of organisations coming together to say a massive thank you to volunteers for Volunteers’ Week from 1-7 June.

An estimated 26,000 people volunteered for netball in this country in 2019, giving the equivalent of £55m of skilled time annually to the game.

These volunteers have supported netball through a variety of different disciplines from coaching and officiating to leading counties and regions, supporting events or facilitating netball sessions, plus much more.

England Netball simply would not exist without volunteers with most of the 2,500+ clubs, several hundred leagues, 52 counties and nine regions organised by netball volunteers, who give a huge amount of time and energy freely to our sport.

A considerable number of volunteers from within the Netball Family are currently helping the nation through the pandemic. This might be as key workers, coaches keeping netballers connected and active virtually, or committee members engaging in future planning discussions, just to name a few.

We have heard and seen some fantastic stories during this period, including that of the first ‘Any Dream We’ll Do’ winner Ellis Adamson. You can hear all about Ellis’ work and see what happened when she was surprised by one of the Vitality Roses here.

Volunteers will go on to play a role in helping us get back to the things that we love and return to court as we ease out of lockdown.

By joining forces in Volunteers Week 2020, we are aiming to increase visibility of the vital efforts that all volunteers have made this year and are focusing on the unspoken thank you which deserves to be brought to light.

To help say thank you, we have created a bespoke campaign for the Netball Family to use which includes editable templates to share a sentence about, and show your appreciation for, a volunteer (or volunteers). You can access all the resources here.

Over several years we have developed a strategic plan to inspire, connect and engage with the netball volunteering community, which will also help in encouraging even more people to dedicate their time to supporting netball throughout the country.

Back in December 2019, the first volunteering focused strategy was introduced at England Netball with the aim of building a movement, empowering volunteers to enrich lives through netball.

To see the full strategy and the work England Netball are doing to inspire volunteers, click here. 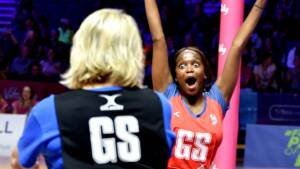 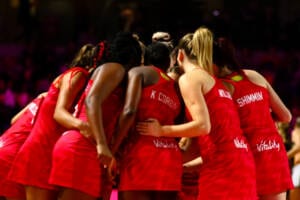