England Netball’s annual member awards, sponsored by Vitality, have been refreshed for 2022 with a new name and a revamped nominations process.

Formerly known as the Vitality Goalden Globe Awards, The ONE Awards will celebrate the achievements of England Netball members, who will be nominated by their peers for awards at nine regional events. The winners from each region will then be invited to a national event held towards the end of the year.

There are ten categories of regional awards for 2022:

England Netball’s Head of Volunteering Imogen Greatbatch said: “I am delighted to launch The ONE Awards for 2022. The Vitality Goalden Globe Awards were always an incredible celebration of the amazing people who make netball happen in lots of roles.

“It’s fantastic to see all the innovation and brilliance across the Netball Family and I can’t wait to see the nominations and local celebrations come to life.”

President of England Netball, Joan Mills MBE, said: “Reading the nominations from these awards and leading the National Panel is a special part of my role as President.

“There are so many incredible individuals at every level of the game. I can’t wait to read all about the people who inspire, engage and enrich lives through netball across each of the nine regions.”

See the full categories and criteria and make your nominations here.

Find out more and nominate 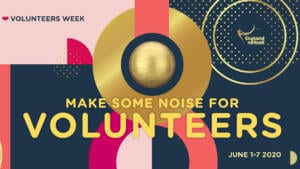