Throughout October, we will be sharing video messages and written stories from a range of Black members of the Netball Family, to celebrate what Black History Month means to them and their work within netball.

15-year-old Ebiso Whyte started playing netball in Year 9 with her club and joined a Vitality Netball Superleague club a year ago. The goal defence / goal keeper shares what Black History Month means to her and celebrates the impact of her involvement in netball.

“Black History Month to me means celebrating the great works of the Black people before me but also seeing how Black minds have helped shape today’s society.

“I think it’s so important for England Netball and the netball community as a whole to celebrate Black History Month as it gives kids a lot of role models to look up to within the sport, but also helps improve representation and encourage other young Black children to play.

“Netball has shaped me in so many ways from things like commitment, time management and perseverance within the sport but also in my own personal life.

“It’s introduced me to some of the best coaches and some of the greatest teammates that I’ll probably be friends with for a lot of years.”

From grassroots to elite, there are lots of role models for upcoming players, coaches, officials and volunteers to look up to and aspire to emulate. 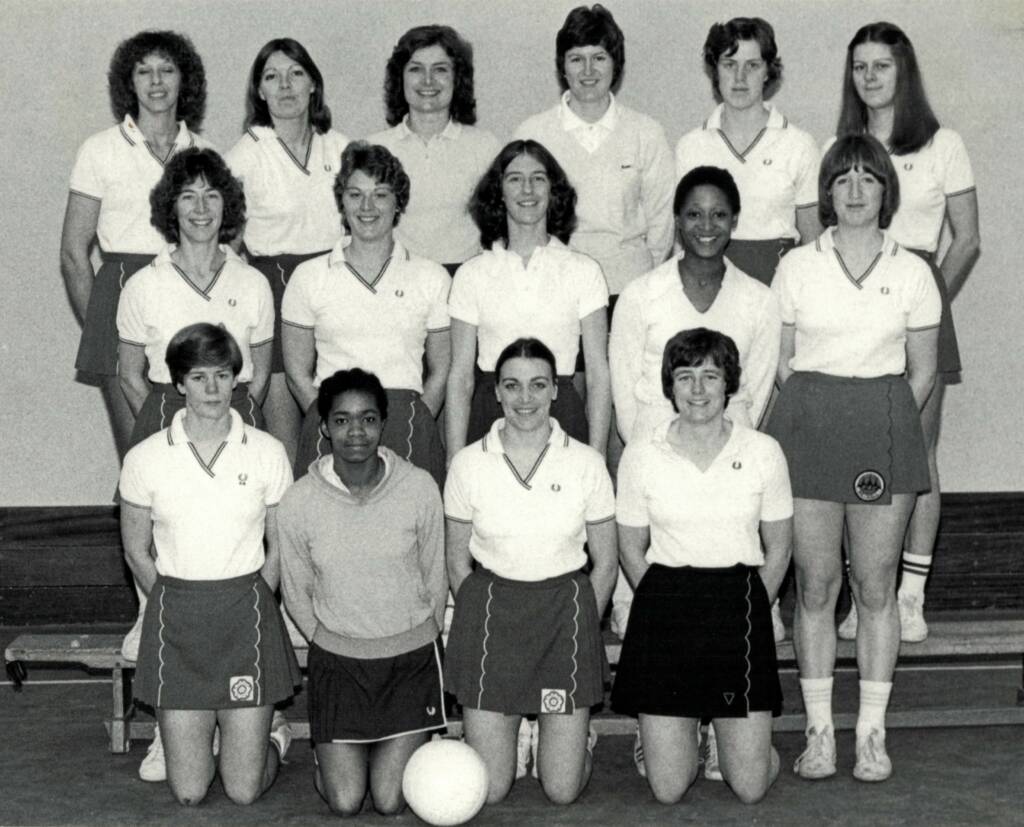 Photo of the 1977/78 England senior squad. Jean is pictured second from the right on the middle row.

At the very top level of our game, the first Black player to represent England was Jean Hornsby.

Having come through the U21 setup, Jean went onto be selected for the 1979 World Netball Tournament (now known as the Netball World Cup).

With 25 caps to her name, Jodie was part of the history-making Vitality Roses squad at the 2018 Commonwealth Games and having recently returned from injury, she’s been named in Jess Thirlby’s 16-strong squad for the upcoming tour to New Zealand.

Here, for Black History Month, she reminisces about her introduction to netball as well as sharing her excitement about the opportunities and memories still to come.

“I’ve been involved in netball since I was 10 years old. In my primary school, you had to wait until you were in Year 5 until you could play netball so I used to stand and just watch my sister and her friends play and I used to be so excited until it was my turn to play in a few years’ time.

“When that time come, it did not disappoint. I’ll never forget that goal shooter bib I was given off my teacher.

“None of my goals went in but I just loved being out on court and I can tell you a little secret… 17 years on I still cannot shoot! Even in a game of Killer, I’m out in the first round but thank goodness I am way more comfortable now in the defensive position.

“Through netball, I have had so many incredible opportunities. I have met some of the most amazing people from grassroots to now, even my best friend in the whole wide world is from junior netball.

“I’m just so grateful for all the opportunities, all the people I’ve met on this journey and I’m so excited to see what more memories I can make in the future.”

To find out more about the current Vitality Roses and Futures, take a look at the England section of our website.

Visit the Our Netball History website to browse through photos, memories and stories from various aspects of the sport from the start of the All England Netball Association in 1926 to the present day.

Keep an eye out on our social media channels to see and hear more from a range of Black members of the Netball Family over the coming weeks.