2018 Commonwealth Games netball champions Team England will begin their title defence at Birmingham 2022 against world number 10 side Trinidad and Tobago in the first match of the group stages.

The Trinidad and Tobago national team, otherwise known as the Calypso Girls, have competed in two Commonwealth Games with their first appearance at Delhi 2010 and their second at Glasgow 2014 before narrowly missing out on qualification for the Gold Coast, Australia in 2018.

Their highest finish to date in the competition came in their inaugural Games when they finished eighth, narrowly missing out on seventh as they lost their classification match by one to Barbados.

Trinidad’s squad is made up of a number of new faces with only four athletes from the Vitality Netball World Cup 2019 still involved: defensive titans Shaquanda Greene-Noel and Aniecia Baptiste, midcourter Shantel Seemungal and shooter Tahirah Hollingsworth.

…facing Trinidad: “Trinidad are a great team. We played them in the World Cup and they’re so good on the ball, have really good first-ball contest, and they’re also really unpredictable in their attacking end, so there’s a lot of homework for us to do on those guys, but we’re really looking forward to meeting them on Friday and getting started.” 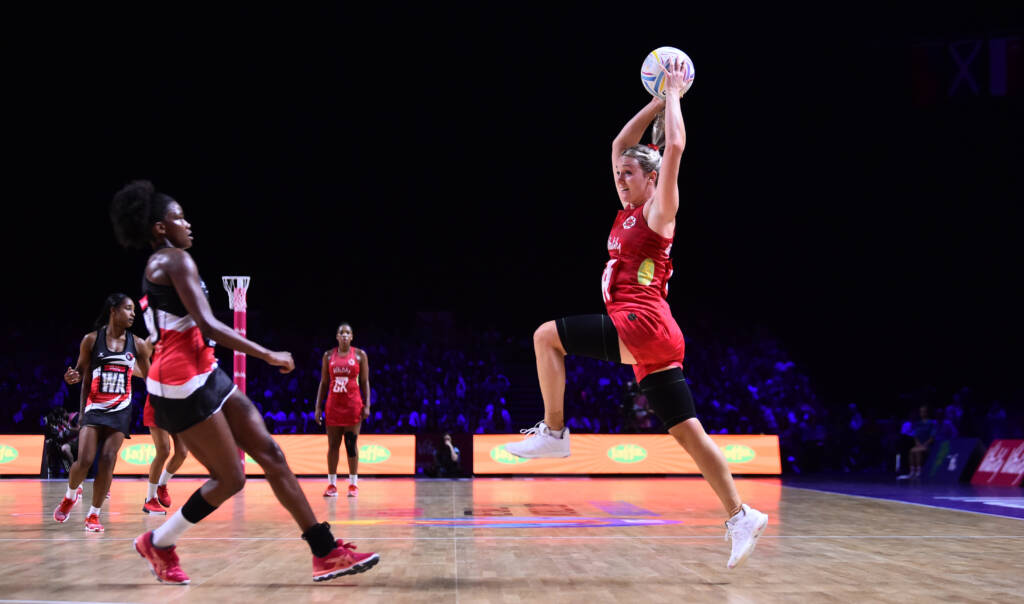 …making a strong start: “You want to go in with your best foot forward and playing good netball. That’s what we’ve been speaking about – we want to be able to play the Roses way and put in a good performance. It’s going to be a huge moment; we’re trying to celebrate netball with the country and make our mark for the game, so it’s a massive opportunity and a really exciting first game coming up.”

After joining the UK’s domestic league, the Vitality Netball Superleague (VNSL), ahead of the 2022 season, the goal keeper had a standout campaign for Celtic Dragons. Her defensive tenacity and on-court passion has earned her praise across the league as she assisted in securing some huge wins. She gained a league-high 119 turnovers as she impressed in her debut VNSL season and will undoubtedly be a force to be reckoned with alongside defensive counterpart Aniecia Baptiste. Expect strong defensive work from the Trinidadian side, with Bapiste bringing her former national basketball prowess and exceptional vertical leap to the games.

What a debut season for @QuandaNoel 🔥

She also finished third for intercepts and deflections 👏 pic.twitter.com/q7Mx0jXgIK

Cooper will also bring something that cannot be underestimated to the Caylpso Girls’ side: experience. Cooper returns to the squad after a hiatus from the team but brings a wealth of Commonwealth and World Cup experience, having played in the 2010 and 2014 Games and three consecutive World Cups from 2007 to 2015. Amongst so many new faces to international competition, she’ll play a key role in Trinidad and Tobago’s squad.