Vitality Rose Eleanor Cardwell has signed for Suncorp Super Netball side Adelaide Thunderbirds ahead of the 2023 season.

The 27-year-old has made her mark on the international stage for England and was an influential figure in Manchester Thunder’s unbeaten Vitality Netball Superleague (VNSL) campaign this year.

The goal attack / goal shooter scored 641 goals from 21 games in 2022, ranked fourth in the VNSL despite playing predominantly in goal attack, and notched up 244 feeds.

“With four VNSL Premierships and 39 international caps to her name, Eleanor brings great knowledge and experience to our side,” Bourdon said.

“Her ability to play both goal attack and goal shooter gives us versatility and she has proven her capacity to shoot from range.

“From holding shooter to a dynamic play maker, she can certainly keep the defenders guessing and we look forward to working with her next season.”

Cardwell said she was thrilled to be joining the Thunderbirds.

“I’m very excited for this opportunity to represent the Adelaide Thunderbirds – the team looks very exciting and full of talent,” Cardwell said.

“I can’t wait to get to Australia, meet the girls and get stuck in. Bring on the 2023 season.” 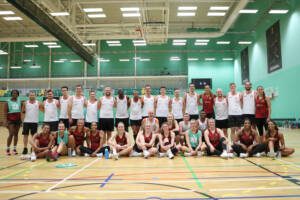