England Netball is delighted to announce Nike’s further commitment to the sport with a three-year extension to the official partnership.

The exciting partnership, which commenced in 2018, will see Nike continue to supply the Vitality Roses, the Roses Academy and England Netball’s Performance team with industry defining training and performance apparel, featuring the latest innovation and on-court functionality.

England Netball and Nike will also join forces beyond the court, with a shared purpose to take netball to new communities and inspire more girls to play the game, with the leading performance and lifestyle brand committed to helping to grow the sport. Nike will continue to elevate the Vitality Roses, giving them a global platform to reach new audiences, connecting fans and young players with their heroes helping to inspire a generation of netballers.

Over 2.4 million women and girls play netball each year in England, making it the number one played female adult team sport in the country. England Netball staff will wear Nike training apparel with a fresh new look to deliver netball experiences across the country as we continue to drive the growth of the grassroots game and move into an exciting new decade for the sport.

Fran Connolly, CEO of England Netball, said: “Nike is a world leader in sport innovation and design, and we are thrilled to extend our partnership that will see our athletes continue to train and play in the very best performance apparel.

“But Nike are so much more than an apparel partner – they also share our vision to innovate the game and inspire women and girls through the power of sport and culture, connecting with audiences not just on the netball court but beyond the court to drive positive change and impact lives.

“Netball is an incredibly special sport, and together with Nike we look forward to taking our game to new and exciting places in the coming years, to reach new communities and grow our Netball Family.” 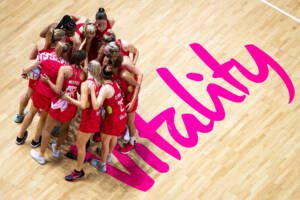